Though car sales have just started, the company has been sourcing from Taiwan for some time.

Last summer, Tesla Motors, the world’s most celebrated electric car maker, finally entered the Taiwan market. The plans were announced to great fanfare on the Fourth of July, and the California-based technology company subsequently opened a pop-up store at the Shin Kong Mitsukoshi Department Store’s A11 branch in Taipei’s Xinyi District to introduce its cutting-edge design and technology for electric vehicles (EV). Although Tesla has been accepting orders for its Model S sedans online as well as the A11 location, it does not expect to start delivering vehicles to Taiwan customers until January. In the meantime, it is developing its network of charging stations.

Taiwan is the 25th global for Tesla and sixth Asia-Pacific market following Japan, Hong Kong, Singapore, Macau, and China, which is currently Tesla’s largest market outside the United States.

But while Tesla is only now becoming available to the Taiwanese consumer, the EV maker has a long history with Taiwanese components suppliers, going all the way back to the prototype Tesla Roadster, Tesla’s first EV. The Roadster, which entered production in 2008 after several years of development, used induction electric motors from Taiwanese firm Fukuta Electric and Machinery Co. that enabled it to reach 60mph in 3.9 seconds, propelling it to the top of high-performance vehicles.

Fukuta is not the only Taiwanese company embedded in the Tesla supply chain. Others include Hota Industrial Mfg. Co., a maker of transmission-system parts and other machinery that is now Tesla’s exclusive supplier of reduction gear sets, and K. S. Terminals Inc., a major supplier of automotive connectors. K.S. Terminals reportedly ships EV-use connectors both directly to Tesla and to BizLink Technology Inc., a Taiwanese connector and cable supplier that reportedly provides USB Type-C products to Tesla.

According to Isabel Fan, regional director of Tesla Hong Kong and Macau who is overseeing the Tesla business in Taiwan, the company expanded into Taiwan not only to gain market scale in Greater China, but also due to Taiwan’s roles as a “technology hub and a trend-setter for the region.” In fact, “we already have over a dozen products in our car that are made in Taiwan,” she says. “I see landing Tesla in Taiwan as not only benefiting Tesla by giving us a new market, but also as helping the overall industry to move forward.”

“I see landing Tesla in Taiwan as not only benefiting Tesla by giving us a new market, but also as helping the overall industry to move forward.”

Tesla was founded in 2003 in Silicon Valley by engineers who wanted to prove that electric vehicles could be superior to fossil-fuel powered internal combustion cars, according to the Tesla website. The powertrain for the first Tesla Roadster was based on the AC induction motor patented in 1888 by Nikola Tesla, the physicist and inventor after whom the company was named. Celebrity tech billionaire Elon Musk joined the company soon after its founding and became its driving force.

The Roadster was followed by the Tesla Model S sedan in 2012, which famously earned Motor Trend magazine’s coveted “Car of the Year” award in 2013, and received a 5-star safety rating from the U.S. National Highway Traffic Safety Administration.

The Model S has since been converted to a dual-motor configuration with an upgraded lithium-ion battery pack that powers it from 0 to100kph in an astounding 2.5 seconds, with a range of over 600 kilometers before recharging. The Model S was the most popular vehicle in the large luxury segment in the United States in the third quarter of 2016, selling over 9,000 vehicles, a 59% surge over last year’s Q3 figures, and beating out such traditional competitors as the internal combustion engine (ICE) BMW 7-Series and the Mercedes-Benz S-Class. The Model S has now surpassed the Nissan Leaf as the world’s top-selling Battery Electric Vehicle (BEV).

Headquartered in Palo Alto and building cars at its Fremont factory, the company continued its success by offering the crossover Model X in 2015 and in 2017 will launch the Model 3, which will sell for under US$40,000 and is intended for the mass market.

The company is now looking to replicate this success in Taiwan by offering the Model S, and while the company doesn’t release sales figures, media reports indicate that orders have been brisk.

“Taiwan is one of the most forward-looking and forward-thinking countries” regarding policies and regulations that encourage the uptake of EVs, says Fan, citing that environment as a strong incentive for Tesla to enter the market.

Under the government of former president Ma Ying-jeou, Taiwan implemented a “Smart EV Development Strategy and Action Plan” that aimed to turn Taiwan into a major developer, producer, and user of EVs, including electric scooters, busses, cars, and trucks. The policy provisions included phasing out traditional ICE busses in favor of domestically built EV versions, introducing commodity- and license-tax breaks and other incentives to boost sales of EVs, the gradual electrification of delivery vans and trucks (including those used by the postal service and government departments), and the promotion of battery recycling systems.

The policy also provided funding to government-linked research institutes, such as the Industrial Technology Research Institute (ITRI), the Automotive Research & Testing Center (ARTC), and the Metal Industries Research & Development Center (MIRDC), to develop EV-related technologies and solutions to help private makers with commercialization of their products.

ARTC, for example, has a number of technologies under development, including multi-function charging stations, electric propulsion systems, body chassis designs, braking systems, and energy storage systems. In addition, the Taiwan Automotive Research Consortium (TARC), a cooperative venture of private makers and various domestic research institutes, has taken steps to promote the development of EV-related technologies, such as sponsoring the annual EV Trade Show in April. ITRI, meanwhile, is testing the systems and functionality of a fleet of EV delivery trucks it has developed.

“Taiwan is one of the most forward-looking and forward-thinking countries” regarding EVs.

The most high-profile EV on the Taiwan market is Gogoro, the electric scooter company that has seen sales skyrocket with an innovative battery-swap system, modern design, and sales price that, thanks to government rebates, is within range of comparable ICE scooters.

The government’s good will towards the EV industry is evident in the hundreds of charging stations that have already been built. “Taiwan is one of very few countries in Asia where there are already over 500 charging stations installed, close to 300 in the Taipei area,” observes Fan. The charging stations are located in public parking garages, the parking lots of Costco and various hypermarts, and other locations throughout the city and the island.

This network is vital to the successful development of an EV market. “When you talk about EVs, the car is only 50% of the total solution – the other 50% is the charging solution, charging infrastructure, and coverage, and on top of that we’re talking about after-sales service,” says Fan. “EV is very much a total solution approach, versus a product-based approach.”

In fact, Tesla prefers to describes itself not as an auto maker but as “a technology company that focuses in energy solutions,” according Fan. “Electric vehicles are just part of our business.”

The existing infrastructure in Taiwan for battery charging consists of medium-speed equipment that takes several hours to charge an EV battery. Fan says Tesla is already building a network of its acclaimed Supercharging stations around the island in order to allow Taiwan motorists to engage in long-distance driving. “We have plans for installations in all the major cities,” says Fan, “so when people are traveling they can just swing off on the highway for a few minutes, top off, then continue on their journey.”

“EV is very much a total solution approach, versus a product-based approach.”

According to the company website, Tesla supercharging stations “consist of multiple chargers working in parallel to deliver up to 120 kW of power directly to the battery,” up to 16 times as fast as public charging stations. They need only about 20 minutes to charge up to 50%, 40 minutes to reach 80%, and 75 minutes to get to 100%. Tesla has already built 744 Supercharger stations with 4,703 Superchargers in the United States and around the world. Although Tesla customers currently do not need to pay to access the Supercharging network, Tesla has announced plans to start charging in the future.

According to Tesla sales representatives, customer concern over adequate charging networks is one of the greatest impediments to making a sale. Development of an extensive charging network will not only make driving a Tesla more convenient, but also provide business opportunities for local companies to partner with Tesla in developing its charging system network. “We own the technology but we don’t do everything ourselves,” says Fan. “We work with counterparts that do the installation work.”

Delta Electronics, one of Taiwan’s leading electrical components and systems makers, has been mentioned in media reports as a Tesla partner in building charging systems, although company representatives declined to confirm the relationship with Tesla. Nevertheless, Delta already has a range of charging systems on the market, including an ultra-fast charger that supports the quick charge standards of all European, Asian, and North American EV manufacturers. It is equipped with two charge points for quick DC charging of up to 120 kW and two charge points for AC charging up to 65 kW. The company also offers household and commercial charging systems operating at slower speeds.

While reassuring consumers about the size of the charging network and familiarizing them with the new technology are two major hurdles for Tesla, perhaps the biggest obstacle in Taiwan is price. The Tesla Model S sells for significantly higher prices in Taiwan than it does in the United States, with a base Model S going for NT$3.1 million (US$98,894) and a high-end vehicle –featuring the largest battery, longest range, and highest speed – for some NT$4.2 million (US$131,859). The equivalent prices in the United States would be US$71,000 and US$109,000 respectively – reduced even further by a US$7,500 tax rebate offered by the U.S. government.

Such prices put Tesla at higher than even most luxury cars on the market in Taiwan and into the rarefied company of Porsche and Maserati. The higher prices in Taiwan are attributed mostly to the luxury tax imposed on imported vehicles costing more than NT$3 million.

“Tesla is just one player. What we want is for the government to do the right thing for the industry, not particularly for one brand,” says Fan. “EV is the future; it’s inevitable.”

Whether this tax will be relaxed or lowered to encourage the sales of Teslas and generally develop the EV market remains an open question. EVs in Taiwan already are exempt from commodity taxes and certain license taxes. The commodity tax waiver is currently due to expire on January 27, 2017; analysts are unsure whether it will be continued, and if not, whether Tesla can deliver its vehicles before the waiver runs out.

Tesla’s celebrated autonomous driving features also remain in limbo, as the features haven’t been approved by the Taiwan government. The feature, which offers driving assistance and can even drive the car itself, is in testing in Taiwan. Many observers are curious as to how it will handle the erratic driving conditions in Taipei.

Nevertheless, Isabel Fan expresses confidence that these issues will be worked out and that the brand – and the EV industry as a whole – will be successful on the island. She says that the company and the government are in continuous communication over how best to grow the industry, and that the dialogue has been constructive. 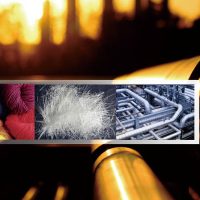