The domestic companies, which focus mainly on the replacement market, are small but highly efficient producers.

Taiwan might be better known for its massive high tech companies such as TSMC, Quanta Computer, and Compal Electronics, but most of Taiwan’s economy is driven by small and medium sized enterprises (SMES) in an array of relatively low-tech industries such as electroplating, machine-tools manufacturing, and auto parts production. These industries compensate for lack of scale with flexible production and seamless cooperation between players that enables them to deliver small batches of high-quality products faster and cheaper than larger competitors.

Taiwan’s auto-parts manufacturing is one example of an industry that has leveraged small size into big output. Among the more than 3,000 companies in the sector, few have anything like the scale of their biggest rivals – the large Korean conglomerates and Chinese makers, not to mention the Tier-1 OEM suppliers such as Delphi Automotive, which supplies parts to General Motors. Yet these small players support thousands of jobs and generate huge export sales – some NT$156 billion (US$4.9 billion) worth in the first nine months of this year.

The annual production value of Taiwan’s overall automotive industry came to NT$373.97 billion in 2013, according to the Ministry of Economic Affairs (MOEA), comprising 2.7% of Taiwan’s total manufacturing output. More than half the value was generated by the assembly of complete vehicles. But with sales of around 400,000 new car sales annually, Taiwan’s domestic market alone is not large enough to support a thriving auto-parts industry. Consequently, auto-parts makers focus mostly on the export market, which accounts for some 75% of their business.  The output consists mainly of replacement parts for the aftermarket, primarily in the United States, Europe, and Japan, as well as OEM manufacturing for China’s auto industry.

Taiwanese companies in the industry have invested heavily in automation and excel in rapid prototyping and the flexibility to produce small batch orders on demand in less time and at competitive prices compared to the competition. With the help of the Automotive Research and Testing Center (ARTC) and other certifying bodies, most Taiwanese auto parts manufacturers have earned global certification from such organizations as SAE (founded as the Society of Automotive Engineers), Certified Auto Parts Association (CAPA), and the Assured Quality Replacement Parts (AQRP) protocol.

“Our industry performs well due to DQC – date, quality, and cost,” says James Hsiao, senior researcher at the Industrial Economics and Knowledge Center (IEK) of the Industrial Technology Research Institute (ITRI) in Hsinchu. He notes that Taiwan’s auto parts makers can often fill orders in less than a month, compared to several months for rivals in other countries. “Our supply chain is a tight ship.”

China is the third largest destination for Taiwan’s auto parts, taking 5% of exports valued at NT$8.2 billion, but most of these parts are in the OEM market catering to China’s burgeoning auto industry, rather than the aftermarket. While OEM sales to China grew only 1.27% this year through September, this market is considered a prime growth area for Taiwan’s auto parts.

Several factors contribute to Taiwan’s dominance in certain segments. Taiwan leads the world in terms of mold-manufacturing technology and mold quality, according to IEK, and due to the high entry barriers to enter this field, Taiwan’s dominance is likely to continue. Taiwanese bumper manufacturer Tong Yong, for example, is a major supplier to Chinese auto makers, including Cheri. IEK’s Hsiao notes that these manufacturers find it more cost effective to source bumpers from Taiwan, a testament to Taiwan’s acumen in this area.

Another important factor is the tight-knit relationships within the industry in Taiwan that enable individual market players to synchronize operations throughout the supply chain. According to an IEK analysis prepared by James Hsiao, the industry is characterized by a “center-satellite network,” with larger Tier-1 players contracting out parts manufacturing to Tier-2 and Tier-3 suppliers. The central plants work closely with the satellite plants to improve their product quality. By fostering specialization and shortening the shipping distance between up- and downstream firms, this system creates valuable economies of scale that bring cost advantages and allows for a high degree of flexibility in production arrangements.

As a result of this kind of cooperation within the industry, each entity can hold down the level of its investment in capacity, making for greater productivity and profitability.

The industry also enjoys the active support of several government-backed research institutes –including the ARTC, Taiwan Auto Research Consortium (TARC), and ITRI – that help it remain competitive in new technologies. Taiwan’s prowess in the IT sector is another advantage as electronics and computerization become increasingly important aspects of the auto parts industry.

ARTC has taken the lead in developing electronics systems for conventional internal combustion engine (ICE) vehicles as well as systems for electric vehicles (EVs). These include numerous systems for automotive intelligence aimed at making driving easier and safer. ARTC’s Lane Keeping System, Lane Departure Warning System, Forward Collision Warning System, and Blind Spot Detection System leverage Taiwan’s expertise in sensor technologies to improve the safety of driving, while its Parking Assistance Systems and others make driving in congested urban areas easier. The organization’s Connected Vehicle unit has devised systems with such functions as monitoring for collision dangers, checking the condition of the vehicle and providing maintenance data and advisories, enabling keyless ignition, and even searching for parking spots.

TARC, meanwhile, acts as an inter-agency coordinator that brings expertise across Taiwan’s private and public research organizations and companies to innovate advanced automotive products. For example, the institute last year unveiled an Electronic Power Steering (EPS) unit that combined the efforts of ARTC with private firms Rotatech International Corp. (a maker of four-wheel drive ATVs) and China Motor Corp. (the local assembler of Mitsubishi cars and maker of own-brand electric scooters). The EPS electronic control unit is reportedly the first to be installed in passenger cars in Taiwan.

Aside from the trend towards smart electronics and EVs (see the accompanying story on Tesla for more information), another development providing opportunities for Taiwan is the revitalization of the auto market in the United States, which last year rose to a 15-year high with the sale of 17.5 million vehicles, according to auto analytics firm Autodata, restoring the United States to its traditional place as the world’s largest market. More units sold means more future business for Taiwan’s aftermarket vendors as these cars age.

The decline in the market following the financial meltdown of 2008 has left the average age of cars on the road in the United States at 11.4 years old as of 2015, according to data from the U.S. Department of Transportation’s Bureau of Transportation Statistics. Older cars require more maintenance and replacement parts, which Taiwan’s vendors are well-positioned to supply.

In Europe, the market for Taiwanese auto parts has been growing rapidly, although from a small base. In the first three quarters of this year, double-digit growth was recorded in sales to the U.K., Italy, and Poland. Significant opportunities for growth are also seen in the Philippines, India, and elsewhere in South and Southeast Asia.

Although Taiwan has many competitive advantages in the global auto parts market, it also faces a number of challenges, including chronic manpower shortages and the lack of free trade agreements (FTA) with many of its primary markets, putting it at a disadvantage against rivals such as South Korea. In addition, the emphasis on low-margin products such as bumpers and sheet metal keep profits low.

Meanwhile, the increasing modularization of the automotive industry, in which a single platform is used to assemble numerous models, could present opportunities as well as hurdles. The use of similar components would allow aftermarket vendors to market the same product around the globe. On the other hand, intellectual property considerations could be a hindrance. Industry insiders speculate that modularization might lead to automakers increasingly seeking patent protection on their cross-platform parts. IP protection is a complicated issue in auto parts, with aftermarket vendors generally reverse engineering parts and selling them without paying any royalty, which is fully legal.

Although aftermarket vendors are permitted in most jurisdictions to produce these parts as long as they function properly within the vehicle, car makers can obtain patent protection on the design of certain parts, such as bumpers, requiring that aftermarket replacements look substantially different. According to James Hsiao of IEK, Taiwanese aftermarket auto parts vendors manufacture parts that are mostly not under patent protection. Avoiding patent constraints, however, has contributed to limiting Taiwan’s ability to produce more sophisticated transmission or engine-management systems.

Despite these challenges, though, with Taiwan’s continued focus on global markets and commitment to innovation and investment, analysts see a bright future for the industry. 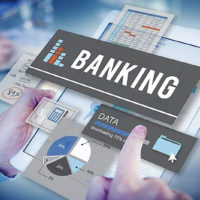 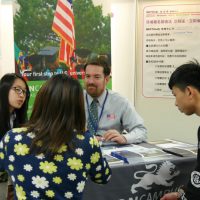 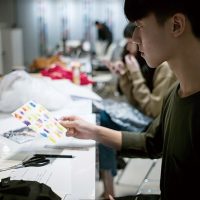 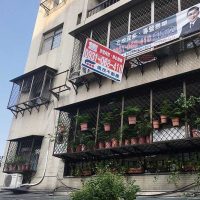