Novi Sad, Serbia - March 24, 2016: Close-up of an unrecognizable woman using the Airbnb App on her Lenovo A916 Android smartphone in a car. Login screen with Facebook and Google sign up options. Airbnb is a service for people to list, find, and rent lodging. It currently has over 1,500,000 listings in 34,000 cities and 190 countries.

The company’s popular apartment-sharing business remains illegal in this market, but it hopes to find some resolution.

A little over two years ago, Airbnb was riding high in Taiwan. Tourism was still rising, including from China. The hotel industry, benefiting from growing business, had yet to press the government to crack down on Airbnb’s lucrative short-term apartment rentals. No legislation had been passed targeting the company.

It was in those heady days that I arrived in Taiwan and spent several days in an apartment on Taipei’s Linyi St. – a historic neighborhood favored by Japanese officials during the colonial era – which I found through Airbnb. The owner, Tony, had refurbished the unit smartly, outfitting the bathroom with a dark stone floor and the type of rain-shower shower head usually found in five-star resorts. At NT$2,300 a night, the comfortable one-room apartment cost the same as a shabby Taipei hotel.

Tony asked my wife and me to recommend the apartment to friends visiting Taipei, and even gave us his contact information for the Line and WeChat messaging apps to facilitate easy communication with potential guests. Yet attempts to contact Tony for this story were unsuccessful. A detailed search of Airbnb’s Taipei listings revealed that his apartment had been removed from the company’s platform.

It is probable Tony does not want to risk paying a stiff fine. In February last year, the Legislative Yuan amended the Tourism Development Act to stipulate that operators of unlicensed hotels would be subject to fines of NT$180,000 to NT$900,000, double the previous penalty of NT$90,000 to NT$450,000. In addition to fines, the government has vowed to shut off water and power supplies in the properties of illegal hotel operators.

As with Uber, taxation and insurance are also unresolved issues. In October 2015, Airbnb promised to pay taxes and provide tenant insurance, but has yet to reach an agreement on how to do so with regulators. “Airbnb’s biggest problem right now is taxation,” says Jamie Lin, co-founder of the Taipei-based AppWorks accelerator. “The local booking sites that are their competitors all pay taxes, but they don’t, and that’s seen as unfair.”

“In Taiwan, we have a positive working relationship with the government and we will continue to work with them to ensure home-sharing rules reflect local needs,” Airbnb said in an emailed response to interview questions.

Safety is another consideration of the government, observes Joseph Lin, managing director of the Taiwan office of property consultancy CBRE. He notes that Airbnb does thorough due diligence on its hosts, but not for guests. “The rise in Airbnb guests has therefore caused security concerns for some of the residents of the apartment buildings where they’re staying,” he says.

In an emailed response to Taiwan Business TOPICS’s interview questions about Airbnb, the Tourism Bureau highlighted security issues of a different kind. “Ordinary apartment units are not subject to the same rigorous safety standards as licensed hotels,” the bureau replied. “If we can’t guarantee the safety of guests here, there could be a negative impact on Taiwan’s tourism industry.”

In some cases, the issues are minor. Corey Cooper, a Hong Kong-based communications manager who stayed in an Airbnb apartment on a recent Taipei visit, says the host failed to inform him that the unit was in an office building. “I was a bit surprised to see the apartment was in a commercial building that technically ‘shut down’ in the evening,” he says. “When I returned from dinner at 10 p.m. I had to call a guard to help my wife and me raise a huge iron security door so we could get in.”

Tragically, in December 2013, a Canadian backpacker staying at a Taipei apartment listed on Airbnb died of carbon monoxide poisoning, and five other people staying in the unit had to be hospitalized. According to local media reports, the backpacker, Elizabeth Eun-Chung, was sleeping in a room next to a balcony where a tankless water heater was placed. That type of water heater is powered by natural gas or propane and must be vented properly to dispose of carbon monoxide. While the balcony should have provided sufficient ventilation, investigators found that the balcony’s windows were shut.

Further police investigations revealed that the two owners of the apartment had conducted unlicensed construction, illegally installing the windows in a hazardous area and placing the water heater in the wrong location.

Not in my house

For now, the Taiwanese authorities have not warmed to the idea of legalizing home sharing on Airbnb. The Tourism Bureau says that renting out apartments on a short-term basis on Airbnb could crimp supply in the housing market. In Taipei City, where buying a house is increasingly beyond the reach of most people, demand for rental units is expected to grow steadily.

The Tourism Bureau notes that earlier this year Berlin began restricting private property rentals through Airbnb and similar online platforms in a bid to keep housing affordable for locals. The law came into effect in May after a two-year transition period. Now owners are permitted only to rent rooms via Airbnb (and similar platforms), not whole apartments or houses. Offenders may be fined up to 100,000 Euros.

Further, the Tourism Bureau challenges Airbnb’s assertion that its home-sharing platform enables guests to enjoy the experience of living like locals. “Most owners here do not live in the units they rent out to guests, while the apartments are designed like hotel rooms,” the Bureau said in its email.  With that in mind, “it is still open to question whether Airbnb in Taiwan brings tourists closer to local life experience.”

In some cases, in addition, Airbnb guests may disturb an apartment building’s residents. James Grigsby, a Shanghai-based businessman, says neighbors complained that Airbnb guests in his family’s Taipei apartment were too loud, particularly in the building’s stairwell. He removed the apartment from Airbnb earlier this year. “It was a pity because it was a profitable business,” he says. “Most months we were almost fully booked. But we had to respect our neighbors’ concerns.”

Appworks’ Lin notes that demand for short-term apartment rentals is highest in downtown Taipei City, where hotel prices may exceed the budgets of some travelers. It would make sense for Airbnb and the government to work out a way to provide home sharing in the heart of the nation’s capital, he says.

Taipei mayor Ko Wen-je, a booster of the sharing economy, has expressed a similar viewpoint. In December 2015, Ko told reporters that Taipei’s hotels are “too expensive,” but that it would be difficult to resolve the short-term rental issue. During a speech this September at the city’s Employment Service Center, he drew attention to the rise of the sharing economy globally and highlighted the successes of Uber, Airbnb, and Taipei’s own YouBike bike-sharing program.

The Tourism Bureau concurs that downtown Taipei has a dearth of hotel accommodation that is both affordable and good quality.  It says the government is working to convert 15 properties in central Taipei into budget hotels or hostels that will cater to the youth traveler market. Room rates will be below NT$2,000 per night.

Given the setbacks it has faced with home sharing in Taiwan, Airbnb appears to be changing tack and returning to a focus on licensed bed-and-breakfasts – which is how it entered the market several years ago. Without the revenue from its popular apartment rentals, the company’s Taiwan business is sure to shrink in the short run, but in the long run the company still could be successful here, analysts say.

In Taipei, active rentals on Airbnb are equivalent to around 12% of hotel-room supply, a relatively low ratio in the Asia-Pacific region, according to CBRE. However, Airbnb’s offerings are very different from that of traditional hotels, and to a certain extent target a different type of traveler, notes CBRE’s Lin. He says that Airbnb can be a good platform to promote Taiwan to international tourists, appealing to younger and individual travelers who usually book accommodations online.

Nephy Hu, an industry analyst with the semi-governmental Market Intelligence & Consulting Institute (MIC), notes that the working relationship Airbnb is developing with the government may augur good prospects for the company in Taiwan. On October 3, Airbnb inked a cooperation agreement with the Eastern Taiwan Joint Service Center, the home-sharing company’s first with a government agency. The deal will facilitate the promotion of bed-and-breakfasts in the east coast counties of Hualien and Taitung to help them attract more foreign tourists. “With the significant 40% drop in tourists coming from mainland China, those eastern counties need Airbnb to alleviate the impact,” Hu says.
As home sharing’s popularity grows in Taiwan, “we look forward to playing an active role in promoting Taiwan’s unique minsu [referring to licensed bed-and-breakfasts] homestays to tourists around the world,” Airbnb said in an email, adding that it would provide guidance to affiliates on hosting standards and “share best practices.”

“Airbnb’s more cooperative attitude with the government has made its experience in the Taiwan market smoother than Uber’s,” Hu says. “It’s fair to say that Airbnb is augmenting the local hospitality market as much as it is being a new competitor to the traditional hotel sector,” he says. “If the online booking system can cooperate more with local governments and business owners, there’s considerable win-win potential to boost the overall tourism industry in Taiwan.” 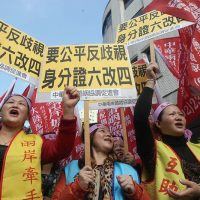 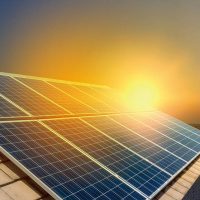