To many people, the above abbreviations may simply look like alphabet soup, but the relationships they stand for can be expected to play a crucial role in shaping Taiwan’s economic future.

The TPP, or Trans-Pacific Partnership, represents a potential opportunity for Taiwan to break out of its near isolation in terms of participation in free trade agreements (FTAs). The 12 current TPP countries have already completed their negotiations and signed the agreement. Now the pact must be ratified by a sufficient number of the relevant national legislatures for it to enter into force. Once that happens, the TPP would almost certainly undergo expansion in a second round, for which Taiwan is considered to be one of the prime candidates.

Unfortunately, domestic political conditions in the United States during this election year have severely complicated the situation, with “free trade” coming under heavy criticism for allegedly eroding American employment, despite strong evidence that the main culprits are globalization and technological change. Doubts have been raised about when – or even whether – Congress will act to approve U.S. membership in TPP.

Where does that leave Taiwan, which over the past year has earnestly begun a process of reviewing and revising laws and regulations to bring them into compliance with TPP provisions in preparation for eventual entry into the pact? AmCham Taipei firmly encourages Taiwan to continue and even expand the process. Becoming TPP-compliant means bringing Taiwan’s regulatory regime more closely in line with international standards and practices, and that can only benefit an economy as heavily dependent on foreign trade as Taiwan’s.

In addition, considering that public opinion polls still show a majority of Americans as supporting trade agreements, it would be exceedingly premature to conclude that TPP is beyond hope. The timeframe for passage may simply be longer than anticipated.

But even in the worst case scenario of TPP failing to come into being, other channels remain for bolstering Taiwan’s position in the trade arena – and they too require precisely the same dedication to removing technical barriers to trade and setting rules that follow international norms.

One of these platforms is TISA, the plurilateral Trade in Services Agreement that Taiwan and 22 other members of the World Trade Organization have been negotiating in Geneva since 2012. According to recent reports, the negotiating parties are nearing a final agreement, which could possibly come as early as the end of this year. For Taiwan it is a rare chance to be part of a broad trade-liberalizing initiative that could open new business horizons for Taiwan’s service enterprises.

Another area of opportunity is the continuous bilateral dialogue with the United States conducted under TIFA, the Trade and Investment Framework Agreement. The process includes a high-level TIFA Council meeting once a year. Judging from the most recent such session, which took place October 4 in Washington, D.C., TIFA is bringing positive results, alleviating areas of concern in such areas as IPR protection, investment-related procedures, and pharmaceutical and medical-device regulation.

Although several sensitive agricultural issues remain unresolved, the spirit of cooperation engendered through TIFA offers hope that in the possible absence of TPP, other mechanisms will be available to strengthen the economic relationship with the United States on a bilateral basis. Clearly, TPP or no TPP, Taiwan should continue on the path of aligning its rules and regulations with international practices. 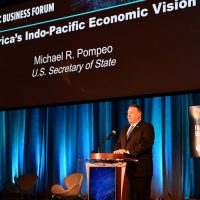