Faced with lackluster growth, stagnant salaries, and complaints from young people that it’s hard to find a job, Taiwan is seeking to follow the example of rival Asian tiger Korea by undergoing industrial upgrading.

To this end, President Tsai Ing-wen and her administration have announced plans to develop five major innovative industries: smart machinery, green energy, biotech and pharmaceuticals, national defense, and an “Asian Silicon Valley,” defined as developing the Internet of Things (IoT) and entrepreneurial start-ups.

Deputy Minister Kung Ming-hsin of the National Development Council (NDC) explains that the objective, considering the ever stiffer competition from other countries in that OEM/ODM sector, is to move beyond Taiwan’s past growth model of contract manufacturing for branded Western companies. The government also expects that these industries will increase linkages with advanced economies, such as the United States and Japan, reducing economic dependency on China.

Kung says a budget of NT$32.8 billion (a little over US$1 billion) has been approved by the Executive Yuan for development of the five industries in 2017, but legislative approval is still pending. The Executive Yuan plans to devote an identical sum to the five industries each year over the next seven years, he says, in hope that this public expenditure will also create a more favorable environment for private investment.

In addition, the NDC has approved a NT$100 billion fund (see the main story) for investment in businesses seeking to acquire new technologies, and Kung says plans for another NT$10 billion fund for the five new industries are in the works. Both funds would be under the auspices of the National Development Fund.

In September, the Executive Yuan completed its “Asian Silicon Valley” plan, which is to have a budget of NT$11.3 billion. The purpose of the hub, to be based in Taoyuan, mid-way between Taipei and the Hsinchu Science Park, is to promote R&D on IoT-related devices and applications, while also creating a better start-up ecosystem to foster entrepreneurship and cultivate young talent.

Part of the initiative, Kung says, will involve a sweeping overhaul of Taiwan’s company law to make it more flexible regarding provisions ranging from registering a company to raising capital. A draft of the new statute, which he says will be very similar to U.S. corporate law, will be sent to the legislature for consideration early in 2017. There are also plans to loosen immigration restrictions – and perhaps to permit foreigners to take ROC citizenship without relinquishing their original nationality – so as to encourage young entrepreneurs from abroad to set up shop in Taiwan.

Overall, the project aims to increase Taiwan’s global IoT market share from the current 3.8% – valued at US$3.7 billion – to 5% by 2025, when the worldwide production value is estimated to reach at least NT$4.6 trillion (US$146 billion). Another goal is to develop 100 successful companies in this field, either local start-ups or large corporations operating R&D centers in Taiwan. There are also plans to develop applications related to smart logistics, smart transport, and smart healthcare, and to commercialize the research findings of Taiwanese universities and research institutes.

A significant challenge, says Stephen Su of the Industrial Economics and Knowledge Center (IEK) at the Industrial Technology Research Institute (ITRI), will be to get the Taiwanese tech sector to move away from contract manufacturing for other companies, and instead become more consumer-focused and develop a “user-friendly” ecosystem. Kung notes that inadequate English ability among many Taiwanese could pose a problem in making this transition, and that it would also be helpful if more Taiwanese students would study Southeast Asian languages.

Cheng Cheng-mount, president of the Agricultural Bank of Taiwan, says that successful implementation of the plan will require more investment in infrastructure, as well as creation of an active start-up culture such as exists in Silicon Valley.

Gordon Sun, chief macroeconomic forecaster for the Taiwan Institute of Economic Research (TIER), adds that young innovative business leaders are sorely needed in Taiwan. The founders of Taiwan’s leading technology industries might have been considered radical innovators several decades ago, but they are aging and have no clear successors.

In the special budget, NT$5 billion has been devoted to the green energy sector. As part of the plan, the Executive Yuan at the end of October approved the creation of a renewable energy technology innovation park near Tainan’s High Speed Rail station, local media reported. The park is to include a 5.33-hectare research center and a 17-hectare demonstration center. Taiwan has ambitious plans to develop green energy due to the government’s goal of phasing out nuclear power and also meeting strict low-carbon-emission targets by 2025. By developing wind, solar, and other forms of renewable energy, Taiwan hopes to become a testing ground for these technologies internationally and participate in global supply chains.

Of the five industries, the first plan to be approved by the Executive Yuan was for smart machinery, which occurred in July. The size of the budget portion is NT$4.5 billion. The goal is to upgrade the technological level of Taiwan’s machinery industry to bring it closer to that of Germany and Japan, possibly by incorporating IoT technology and developing cyber physical systems in which embedded computers monitor machinery and detect faults and parts to be replaced.

Existing precision industries clustered in the Taichung area would serve as the base for this development. Taiwan is already the fourth largest source of exports in the world for machine tools and machine parts. But the NDC says that bringing the industry to a higher level will require amending various current regulations that hold back industrial innovation.

For development of the biotech and pharmaceuticals sector, the government has proposed a budget of NT$10.4 billion for 2017. The plan is to try to connect existing enterprises in Taiwan with similar industries in advanced economies, with the aim of building Taiwan into an Asian biotech and pharmaceutical R&D center. Again, creating the right regulatory environment is likely to be a key factor in how well the program progresses.

The plan for promoting an indigenous defense industry, the most sensitive area, will be the last to be approved by the Executive Yuan, although Kung says it will be done by the end of this year. With a budget of NT$1.6 billion, the plan will target three main subsectors: aircraft, submarines and other vessels, and information security, including cyber security. 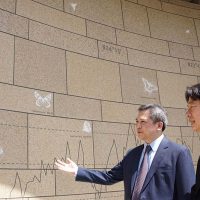