Taichung hopes to become a regional hub for international groups.

With backing from the central government, the central Taiwan city of Taichung is working on plans to establish a facility to serve as the regional headquarters for international non-government organizations (NGOs) active in Southeast Asia. Announcing the project in July, Taichung Mayor Lin Chia-lung proposed that the center be located on currently unused property in the city’s Wufeng District once occupied by the now defunct Taiwan Provincial Assembly.

President Tsai Ing-wen has praised the initiative, and Vice Premier Lin Hsi-yao has been appointed to head a task force to coordinate the central government’s support. Part of the proposed site is under the control of the Legislative Yuan, which would need to approve transfer of the land.

In a press release, the Taichung city government cited three categories of international NGOs that would be particularly welcome in the new center: organizations devoted to promoting human rights and democracy such as Freedom House from the United States, those related to humanitarian and ecology-related causes such as Greenpeace and Doctors Without Borders, groups concerned with women’s rights and interests such as Women’s Campaign International.

The proposal comes at a time when international NGOs are finding it increasingly difficult to operate in China. New legislation enacted this spring, the Act for Management of Foreign Non-Governmental Organizations’ Activities in China, places substantial new restrictions on the status and activities of international NGOs. The move appears to be part of a larger campaign by President Xi Jinping to limit foreign influences in Chinese society.

Some observers have noted that in seeking to attract international NGOs to locate regional offices here, Taiwan will need to consider not just the physical “hardware” being made available, but also the “software” in terms of the regulatory environment. Although Taiwan is now a generally open and democratic society, there continue to be some remnants of the constraints on civic organizations adopted decades ago during the period of authoritarian rule under martial law. Interior Minister Yeh Jiunn-rong reportedly has recently launched a project to review laws and regulations governing civic organizations, with the aim of updating and liberalizing the relevant rules and structures. 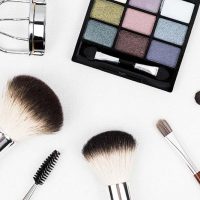