Far EasTone is supporting the Morgan Stanley bid for CNS as a holder of non-convertible bonds. Photo: CNA

Three operators with majority private-equity control are seeking approvals for changes in ownership.

A decade or so ago, international private-equity (PE) firms looked on Taiwan’s major cable television enterprises as an excellent fit for their investment objectives. They saw opportunities to significantly improve the performance of companies in the cable sector to enable an eventual sale of their holdings at a good profit.

The first part of the strategy has generally worked out as planned, as heavy investment in the installation of digital networks and the cultivation of more professional management has substantially raised the value of the target companies. But a difficult political and regulatory environment has complicated the ability of investors to complete their plan by successfully exiting the market.

Currently three cases of prospective changes of ownership in the cable industry – all involving PE investment – are pending approval by the Taiwan authorities, with no clear indications of when decisions can be expected.

In the major such case, an investment consortium led by Morgan Stanley Private Equity (MSPE), and also including a 40% stake by domestic investors, in July 2015 announced its intention to buy China Network Systems (CNS), Taiwan’s largest cable television operator, for US$2.2 billion from South Korea-based PE firm MBK Partners.

A second case involves the U.S.-based Carlyle Group, which last November agreed to sell its 62% stake in Eastern Broadcasting Co. to Hollywood producer Dan Mintz. Media reports put the value of the transaction at US$370 million.

In addition, in January this year prominent industrialist Terry Gou and an executive from one of his companies made known that they are seeking to purchase the second largest cable operator, Taiwan Broadband Communications, from Australia’s Macquarie Group for a still undisclosed amount of money.

Industry observers note that how these cases are handled may well influence the international investment community’s willingness to consider future projects in Taiwan. The amount of PE investment in Taiwan, in particular, has been among the lowest of any country in the region in recent years. Instances of a prolonged and sometimes inconclusive approval process, as well as the lack of sufficient transparency in decision-making, have been cited as reasons for PE firms’ hesitancy to invest in this market.

The CNS deal, as the furthest along and with the prestige of Morgan Stanley behind it, is currently the object of the most attention. Initially the approval process appeared to be proceeding smoothly. The Fair Trade Commission gave its green light in December last year, and the National Communications Commission (NCC) granted approval in January after stipulating various conditions to which the buying consortium agreed. Among the conditions were that CNS invest an additional NT$4 billion (US$119 million) over the next five years in network digitalization and complete the process by the end of the second quarter of 2017. Furthermore, the NCC asked CNS to spend NT$600 million to upgrade its broadband communication services and NT$500 million to assist its customers to develop public community TV channels over the next five years.

Following the presidential and legislative elections in mid-January this year, however, politics swiftly intruded into the CNS deal. The Democratic Progressive Party (DPP) announced in late January that about 30 of its lawmakers-elect had vowed to request the NCC to retract its approval as the decision “was too rushed.”

In comments published in a February report in the English-language Taipei Times, DPP legislator Wang Ting-yu alleged that Morgan Stanley was simply acting as a front man for the real investor, Far EasTone Telecommunications (FET), which was prevented from investing directly because the Telecommunications Act prohibits direct or indirect holdings in media operations by government agencies, political parties, or the military (the government, mainly through pension funds, hold 2.89% of the shares in FET).

Bonds and not equity

Contrary to numerous media reports that have referred to FET as a prospective investor in CNS along with Morgan Stanley, FET’s role – because of the legal prohibition on government investments in media – would be confined to helping finance the project as the holder NT$17.12 billion (US$524.5 million) in non-convertible bonds. It would have no equity stake in CNS or control any seats on the board of directors.

Legislator Wang and others also warned against allowing large business conglomerates, such as the Far Eastern Group to which FET belongs, to gain so much control over the media that they could “impact Taiwan’s public opinion.” Refuting that argument, sources close to the deal note that cable-TV operators such as CNS are simply pipelines and do not devise the content of the programming available through the infrastructure they provide.

The minor New Power Party (NPP) also came out against the CNS deal, accusing the NCC of rushing to approve the acquisition before the newly elected legislature had an opportunity to weigh in. In February, party convener Hsu Yung-ming said the NPP had pledged to halt the transaction.

With DPP and NPP support, the Legislative Yuan passed a non-binding resolution calling on the executive branch to put off final consideration of the CNS case until after the May 20 change in government. Although the constitutional separation of powers would normally give the legislative branch no say over the rulings of regulatory agencies such as the NCC, the Investment Commission of the Ministry of Economic Affairs postponed its final ruling and asked the NCC to re-review the investment application.

At the time, then NCC chairman Howard Shyr (he completed his four-year term in August) cautioned regulators about delaying case verdicts. “Any administrative agency must offer legal grounds for why it disapproves or delays issuing a verdict,” he said. “The administrative agency would be accused of negligence if it kept delaying reviewing the case just because of doubts.”

As of press time, the NCC had not yet sent a formal response to the Investment Commission. But in a statement issued as early as February, NCC spokesperson Yu Hsiao-cheng noted that the NCC had spent six months reviewing the case, during which time it had gathered abundant information, including detailed data on the financing of the project. “The commission has been handling the case with caution and did not make the decision in haste,” Yu said.

If the MSPE consortium is not confirmed as an acceptable buyer, it will mark the third time that MBK’s attempt to sell the company has failed. The first go-round, in 2012-2013, would have turned control of CNS over to the head of the Want Want Group, Tsai Eng-meng, one of Taiwan’s richest individuals. But the deal was controversial because of Want Want’s considerable other media holdings and Tsai’s pro-China leanings. In the end, the NCC imposed such stringent conditions on approval of the deal that Want Want withdrew its application.

In 2014, a new prospective buyer emerged: the Wei family of the Ting Hsin International Group. Shortly thereafter, however, Ting Hsin was implicated in serious food scandals, and strapped for cash was forced to sell off some of its assets. The proposed investment in CNS was dropped.

Now the third attempted exit by MBK remains in limbo. “To investors, it’s a very negative message,” says a source in the investment community, referring to the “unsubstantiated fears” raised by certain legislators. “It says that Taiwan is a very uncertain place, and even if a good deal is found, nobody knows whether it will be approved.”

The source, who asked not to be identified by name, adds that “blocking PE investment ends up hurting Taiwan in the long run because it creates a more closed economy and shuts down a large source of capital.”

People close to the deal stress the benefits that Taiwan could derive if the opposition to MSPE’s acquisition of CNS can be overcome. For instance, MSPE intends to hire former Comcast senior executives as advisers to improve the company’s products and services, including the addition of a household security function. If the deal is completed, CNS will also benefit from improved corporate governance and controls, the sources say.

Kevin Lin, chief legal officer of TBC, notes that previous private-equity deals in Taiwan’s cable sector have been highly successful. “The PE firms run companies professionally and bring in lots of new technology,” he says. Lin cites the Carlyle Group’s previous ownership of TBC, which it bought in 2000. According to Carlyle’s website, TBC was then “Taiwan’s first professionally operated multiple-systems operator (MSO)” and was the island’s third-largest cable television MSO. According to a 2006 report in the Chinese-language CommonWealth Magazine, TBC’s gross profits rose 45% under Carlyle’s ownership on the back of lower costs and increased revenues. Macquarie acquired Carlyle’s stake in TBC in 2005 for US$890 million.

The TBC deal has also had its complications. In January this year, Asia-Pacific Telecom (APT) – part of the Hon Hai Precision group, also known as Foxconn, headed by Terry Gou – announced plans to purchase the cable operator from Macquarie. But because Hon Hai has government shareholders, it was necessary to find a way around the Telecommunications Act. The solution was for APT chairman Lu Fang-ming to personally put up 80% of the funds, with the remainder to come from Gou.

With Carlyle’s plan to sell its majority stake in Eastern Broadcasting Co. (EBC), a key issue is whether the deal would contravene Taiwan’s prohibition on direct or indirect media investment from Chinese interests. The prospective buyer, Dan Mintz, is a U.S. citizen, but has had close connections with Chinese partners, including one with family ties to the Chinese military. The exact nature of the shareholding and source of the funds will be the subject of scrutiny by Taiwan’s regulators.

Arthur Shay, a Taipei-based lawyer and expert on communications law, says the Byzantine regulatory process in the telecom sector sends a negative message to investors, forcing them to “structure deals in a way that effectively bypass the regulations.” 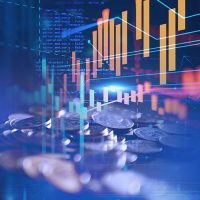