Two amendments are said to be contrary to Taiwan’s WTO obligations.

AmCham Taipei’s Retail Committee has raised questions as to whether two amendments to Article 23 of the School Health Act (SHA), dealing with the provision of lunches to public school students, contravene Taiwan’s obligations to international trade agreements to which it is a party. In both cases, the measures were introduced by members of the Legislative Yuan rather than being initiated by executive-branch agencies.

The first amendment, enacted in 2013, stipulates that schools give priority to local agricultural products accredited by the Council of Agriculture when procuring food items for preparation of the lunches. Another amendment, passed in 2015, places a comprehensive ban on the use of genetically modified (GM) ingredients or primary products in all school meals.

The two amendments were also found to fail to comply with substantive requirements under various WTO agreements.

According to a legal analysis commissioned by the Committee, the 2015 amendment violates Taiwan’s procedural obligations under the World Trade Organization. The WTO’s    Agreement on the Application of Sanitary and Phytosanitary Measures (“the SPS Agreement”) requires members to give notification of any changes in their SPS regulations so that other parties to the agreement have an opportunity to raise objections. In the case of the 2015 amendment, however, no such notification was given.

The two amendments were also found to fail to comply with substantive requirements under various WTO agreements. For example, the analysis concludes that the prohibition on the use of GM foods in the 2015 amendment violates Article 2.2, Article 3.1, and Article 5.1 of the SPS Agreement. For SPS measures that may directly or indirectly affect international trade, that agreement requires the provision of sufficient scientific evidence in support of the measure (Article 2.2); adherence to international standards, guidelines, and recommendations (Article 3.1); and the conducting of a risk assessment (Article 5.1).

With regard to the 2015 amendment’s prohibition on the use of GM foods, however, the Retail Committee notes that none of those requirements was met. In fact, during testimony before the Legislative Yuan’s Education and Culture Committee, a Ministry of Education official cited statements from both the World Health Organization and the Food and Agriculture Organization of the United Nations affirming that GM food poses no food safety concerns.

In addition, the legal analysis views the 2013 amendment’s mandatory preferential use of local agricultural products as likely violations of Article XI:1 and Article III:4 of the 1994 General Agreement on Tariff and Trade (GATT), which later became part of the WTO. It regards the restriction on the use of imported agricultural products in school lunches as contrary to Article XI:1’s prohibition on quantitative restrictions on importation or exportation, as well as to Article III:4’s requirement that imported and domestic products receive equal treatment.

The Retail Committee suggests revision of Article 23 to ensure that it is fully consistent with all of Taiwan’s obligations under international trade agreements. 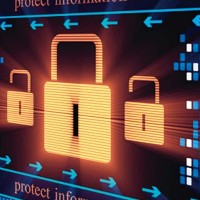 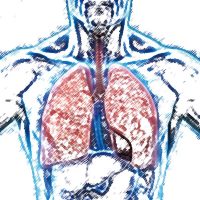