Taiwan is a multiethnic country, and nowhere is this truer than in the northwestern counties of Hsinchu and Miaoli. This region is home to less than 7% of Taiwan’s 23.2 million people, but includes five ethnic groups, not counting the Southeast Asians, Westerners, and Indians who have moved here for marriage, or to work in Hsinchu’s high-tech industries.

Coastal towns hereabouts are dominated by Hoklo or Minnan people, descendants of migrants who sailed to Taiwan from China’s Fujian province in the 17th, 18th, and 19th centuries.

The hinterlands, by contrast, are a bastion of Hakka culture. The Hakka people, who still speak their own language (part of the Chinese language family) and follow some distinctive customs, trace their ancestry to China’s north, but have been moving southward for well over a millennium. Most ancestors of Taiwanese Hakka came from China’s Guangdong and Fujian provinces. Among their non-Hakka compatriots, Taiwan’s Hakka have a reputation for being excellent students when young, and hard workers when they grow up.

Much of Hsinchu and Miaoli counties is mountainous. Snow Mountain, Taiwan’s second highest peak at 3,886 meters (12,749 feet) stands on the border of the two counties. In hillier parts of the region, villages of indigenous Atayal and Saisiyat people occupy breathtaking locations. Like Taiwan’s other indigenous tribes, they are Austronesians who share linguistic and genetic traits with islanders throughout the Pacific, including native Hawaiians. Scattered throughout the region are also thousands of waishengren, literally “people from outside the province.” These individuals or their parents moved to Taiwan in the wake of the 1945-1949 Chinese Civil War. Some were soldiers in Chiang Kai-shek’s Nationalist Army; others were civilians. They hail from every part of the Chinese mainland, and have added much ethnic diversity to Taiwan’s population.

Reaching Hsinchu and Miaoli has never been easier. Conventional express trains from Taipei need little more than an hour to reach Hsinchu. From the station, tourists can walk to attractions including Hsinchu Image Museum, the ever-bustling Du Cheng Huang Temple, and eateries serving the city’s signature pork meatballs and rice noodles. Since December 2015, Miaoli has had its own high-speed rail (HSR) station, cutting travel time from the capital to a mere 44 minutes.

Unless you hire a car (easy to arrange at HSR stations, though it is best to reserve a few days in advance), the next step of your journey may be problematic, because the region does not have as many public transportation options as Greater Taipei.

To fill the gap, Taiwan’s Tourism Bureau has created the Taiwan Tour Bus service (www.taiwantourbus.com.tw). This network of routes is designed to make life easier for sightseers by providing not only transportation to scenic and cultural spots, but also guides who speak English, Japanese, or Chinese.

The website has full details, including where buses can be boarded, and how to make reservations, which are essential. For each tour, the name of the operator is listed alongside email addresses and phone numbers, so visitors can ask questions before committing themselves. The price for every tour includes insurance, and full-day excursions invariably include a delicious lunch. Many outsiders associate Hsinchu City with the computer and green-energy companies that operate in its internationally famous Science-based Industrial Park. Few realize that this municipality of 434,000 is also exceptionally rich in terms of history and architecture.

For as little as NT$1,000 per person (NT$1,200 on weekends and holidays), Taiwan Tour Bus will take you from your hotel in Taipei to Hsinchu, and show you the principal sights. Among them is the railway station – a gorgeous landmark dating from Japan’s 1895-1945 occupation of Taiwan – and the photogenic Yingxi Old East Gate. These days, traffic goes around, rather than through, the gate. Treasured as an emblem of the city, the gate has stood there since 1827; the wall which once defended the settlement against bandits and rebels was torn down in 1902.

The tour also takes in the World Expo Taiwan Pavilion (relocated to Hsinchu after sterling service at the 2010 World Expo in Shanghai) and the city’s Glass Museum. It is said that, at one point, 80% of the lights decorating North American Christmas trees were made in the Hsinchu area. The museum celebrates this local industry, and displays some striking examples of glass art.

Another option, the Nanzhuang Hakka Cultural Tour, also lasts an entire day, and the price is the same. Those who sign up can join the bus in Taipei or, if they prefer, at the HSR station in Hsinchu.

The first stop will delight nature lovers. The Fish Conservation Trail meanders through Penglai River Ecology Park in the hilly northeast of Miaoli County. All forms of fishing have been banned here since 2001. As a result, two endemic piscine species thrive, and visitors have an excellent chance of spotting both, not to mention egrets, herons, and clusters of butterflies. The tour then heads to Nanzhuang Old Street, where visitors can enjoy mouthwatering traditional snacks sold by vendors who crowd a quaint, narrow thoroughfare. 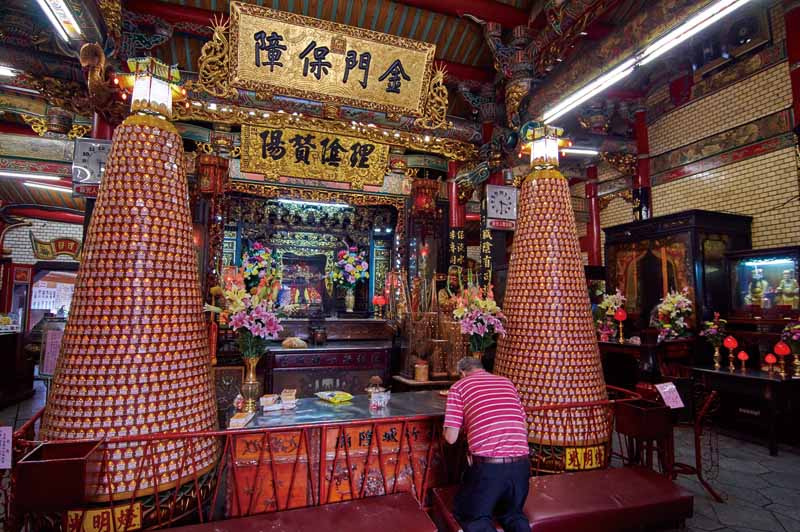 Also available is the Miaoli Hakka Culture Tour (NT$1,550 on weekends and holidays, NT$1,350 on week days), which kicks off with a close look at the Miaoli Hakka Tulou, a full-scale replica of the famous roundhouses in mainland China’s Fujian province. Next up is the Miaoli County Urban Planning Center, where tourists can learn about the counties’ past development and plans for the future. One of the most interesting sections is an interactive display explaining how camphor was extracted from the region’s forests (a key industry in the 18th and 19th centuries). Visitors will also learn about Hakka cuisine.

Hakka people have spread to every corner of the globe, and the tour’s final stop, Miaoli Hakka Cultural Park, serves as an international Hakka cultural research and exchange center. It is also a beautiful and eco-friendly piece of architecture. This package includes lunch, and participants booking ahead of time should indicate whether they prefer to eat at West Lake Resortopia (www.westlake.com.tw) or Zhuo Ye Cottage (www.joye.com.tw). Both establishments are halal-certified, so this tour is especially suitable for Muslim travelers, a tourism demographic that Taiwan has been wooing.