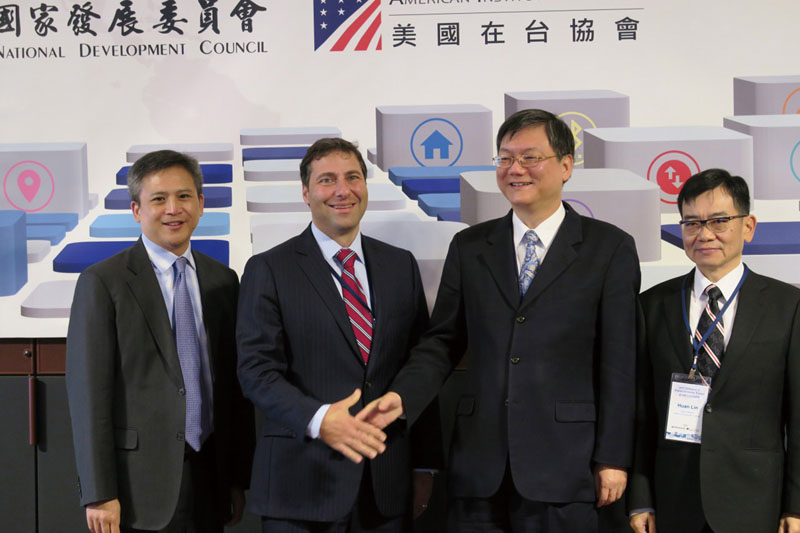 The U.S. and Taiwan have broad common ground for cooperation and collaboration.

A one-day U.S.-Taiwan “Digital Economy Forum” held in Taipei in early December provided delegations from the two governments with an opportunity to exchange views on approaches to promoting and regulating the Internet economy, as well as on identifying potential areas of bilateral cooperation. The United States has held similar dialogues with other countries in the past several years, but the December event was the first with Taiwan.

In a joint statement issued after the forum, the two delegations “endorsed the importance of the multi-stakeholder model of Internet governance to maintaining an open, interoperable, secure, and reliable Internet.” They also “expressed strong support for digital trade and investment policies that promote innovation and global commerce, including policies that facilitate the free flow of information across borders, prevent data localization barriers and forced technology transfers, and encourage adoption and deployment of the best available technologies.”

The U.S. group was led by Vaughan Turekian, Science and Technology Advisor to the Secretary of State, as well as officials representing the Department of State, Department of Commerce, and Federal Communications Commission. The Taiwan delegation was headed by Minister Duh Tyzz-jiun of the National Development Council (NDC), with participation by Minister without Portfolio Jaclyn Tsai and representatives from the Ministry of Economic Affairs, Ministry of Foreign Affairs, Ministry of Justice, National Communications Commission, Financial Supervisory Commission (FSC), and Central Bank.

For the Taiwan government attendees, one of the key benefits of the meeting was the chance to be briefed by their U.S. counterparts on recent developments in such international organizations as the Internet Governance Forum, World Radiocommunications Conference, and World Summit on the Information Society. “Since Taiwan is not a member of these organizations, we very much appreciate the sharing of information and experience by the United States,” said Connie Chang, Director-General of Overall Planning at the National Development Council (NDC). “It was also very helpful to gain a fuller understanding of the various mechanisms being put in place in the U.S.” with relation to the digital economy.

Presentations by each side provided the basis for dialogue on areas of mutual interest or concern. Some of the major aspects included:

In addition, Minister Tsai introduced her ongoing project, being carried together with personnel from the NDC, to revise various existing regulations to provide more flexibility to enable smaller companies, including startups, to engage in e-commerce and other businesses related to the digital economy. Many of these proposed revisions deal with employment issues, and will eventually be passed to the Ministry of Labor for implementation.

Interaction between the Taiwan and U.S. sides is expected to continue, whether in an institutional way or more informally. “Just getting people from the two sides working on the same issues to meet each other was quite valuable,” said Connie Chang. “That now makes it a lot easier to exchange views as needed going forward.”