Following Bloomberg’s relegation of Taiwan to its inglorious Recession Club for 2016, along with economic disappointments Ukraine, Russia, and Brazil, Deputy Minister Kao Shien-quey of the National Development Council sought to reassure the public that “this year should not be so bad.” She said she sees the economy as likely to bottom out in the first half of 2016 before rebounding in the second. In fact, the Directorate General of Budget, Accounting and Statistics (DGBAS) forecasts a mild turnaround for Taiwan’s economy in 2016, with 2.32% growth for the year.

After robust 3.92% GDP growth in 2014, Taiwan’s export-driven economy was initially expected to see even faster growth in 2015. But despite a strong start, the economy slowed as the year proceeded, with mere 0.64% growth in the second quarter and contraction by 0.63% in the third. Final numbers for Q4 have yet to be announced, but DGBAS is tentatively projecting a slight rebound of 0.77%, which would bring the full-year growth rate to 1.06%. Academia Sinica, however, forecasts that the economy actually contracted in 2015 Q4 and will continue to contract in the first quarter of 2016, putting the nation in recession. It puts total GDP growth for the year at 0.75%, while the Chung-hua Institution for Economic Research (CIER) estimates 0.93%. National Taiwan University economist Chen Tain-jy, a former head of the National Development Council, agrees that Taiwan’s economy will probably go into recession this year and may already be in recession. “All economic indicators are down,” he observes. “If exports stay in negative territory, then we will have zero growth.”

Taiwan’s exports have been in steady decline for 11 consecutive months with little sign of recovery. For the January to November period, exports were 10.3% below the year-earlier level in US dollar terms but, with Taiwan’s currency depreciating nearly 7% for the year to date, exports declined only 6% in New Taiwan dollar terms. Exports declined in nearly all sectors and to all regions. China’s decelerating economy took a toll, with shipments to China and Hong Kong plunging 11.9% for the first 11 months of 2015. China’s economy grew by less than 7% in 2015 by most estimates and is forecast to grow only 6.5% in 2016, with “substantial impacts” globally, according to Christine Lagarde, managing director of the International Monetary Fund. The drop in sales to China has caused emerging market suppliers of raw materials to reduce imports. Taiwan’s exports to ASEAN nations, for example, fell 14% from January through November, a significant hit as these nations comprise some 18% of Taiwan’s total exports. Low oil prices are helping to maintain Taiwan’s domestic demand, but have had a strong impact on the chemicals and plastics industries, whose exports were down 15% on average.

On the bright side, international analysts foresee mild recovery in the global economy, with Goldman Sachs and PriceWaterhouseCooper both seeing world economic growth rising from 2015’s 3.2% to 3.5% in 2016. In addition, local consumer demand appears to be holding up. Low fuel prices are bolstering consumption, as is low unemployment, which declined from November’s 3.91% to 3.87% in December. 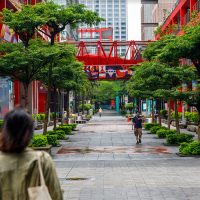 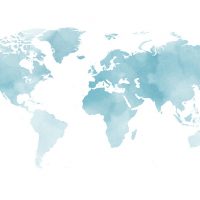