In recent years, the Taiwan Lantern Festival has included displays of modern and traditional performing arts, sensational pyrotechnics, and lanterns of unimaginable size and beauty. Each year, the event is held in a different part of Taiwan. The 2016 Taiwan Lantern festival will be celebrated in the plaza in front of the Taoyuan High-Speed Railway Station, 38 kilometers west of Taipei’s downtown and just 24 minutes from the capital by bullet train.

Taiwan’s culture is a unique blend of Chinese, Japanese, Austronesian, and Western influences. Many of the traditional celebrations now enjoyed by Taiwanese people were brought to the island by waves of Han Chinese migrants who came ashore starting in the early 17th century.

The most important of these is Chinese Lunar New Year. The first day of the lunar year falls anywhere between January 22 and February 19 on the Gregorian calendar. Around this time, schools close for about three weeks. With the exception of hotels and some restaurants and shops, business grinds to a halt for several days. During the vacation, Taiwanese people – like ethnic Chinese throughout the world – enjoy feasts, visit relatives, clean their houses, and present cash-filled envelopes to the younger and older generations.

The traditional end of the Lunar New Year season is called Yuanxiao Jie in Mandarin, and Lantern Festival in English. Originally, the festival was celebrated on the 15th day of the first lunar month (the first full moon of the new year), but the modern event is a multi-day spectacular, of which dazzling lanterns are just one facet.

Each festival’s theme reflects the New Year’s animal sign on the Sheng-xiao, a 12-year cycle often called the Chinese Zodiac. Just as Westerners usually know their star sign, so everyone of Chinese descent knows which zodiac year he or she was born in. The forthcoming Lunar New Year’s Eve (February 7, 2016) will be the final day of the Year of the Goat. The following day will be the first of the Year of the Monkey. The other 10 animals in the cycle are: rooster, dog, pig, rat, ox, tiger, rabbit, dragon, snake, and horse. The star of the 2016 gala will be a monkey – and not just any monkey. The main lantern will be a 26-meter-high animatronic installation of the legendary Monkey King, better known to people of Chinese descent as Sun Wukong.

According to the classic Chinese novel Journey to the West, Sun Wukong was a companion and protector of Xuanzang, a Chinese Buddhist monk who in real life made an arduous 17-year-long overland expedition to India. Xuanzang studied, collected, and translated Buddhist texts before returning to China in the year 645 A.D. He is remembered as a key figure in East Asia’s religious history.

Few Westerners have read Journey to the West, but many have seen a 1970s Japanese television series it inspired, shown in English-speaking countries under the title Monkey.

The Sun Wukong lantern depicts the Monkey King with his magical staff – which according to legend weighed eight tons, but could be shrunk to the size of a toothpick – his golden armor, and one of the “heavenly peaches” he stole long before he teamed up with Xuanzang.

The 2016 Taiwan Lantern Festival will run from February 22 to March 6. Spending a few hours there will leave visitors with memories to cherish for the rest of their lives – and the visit to the festival can also be a springboard for convenient excursions around northern Taiwan. Taoyuan lags behind places like Sun Moon Lake when it comes to pulling in tourists, but not because the area lacks attractions. The beautiful but little-used Northern Cross-Island Highway links Taoyuan with Yilan in Taiwan’s northeast, and provides access to bucolic indigenous communities in the Fuxing District. In the other direction, super-fresh seafood can be enjoyed at coastal locations like Chuwei Fishing Harbor.

Doing justice to visits to the coastline or the Northern Cross-Island Highway requires a car or a motorcycle. Recognizing that many visitors do not have that option, Taiwan’s Tourism Bureau has created the Taiwan Tour Bus system (www.taiwantourbus.com.tw). The system’s services are designed to make life easier for sightseers by providing not only transportation to scenic and cultural spots, but also guides who speak English, Japanese, and Chinese.

Three Taiwan Tour Bus routes are logical next-steps for those who want to see more of the region after attending the 2016 Lantern Festival. The Two Chiangs One-Day Tour route will appeal to history buffs who may already know that two of Taiwan’s former presidents, Chiang Kai-shek (1887-1975) and his son Chiang Ching-kuo (1910-1988), lie in “temporary repose” near the Taoyuan town of Daxi.

In addition to the Chiangs’ mausoleum, the tour takes in Daxi’s historic and photogenic town center, and the unique Cihu Sculpture Memorial Park, repository for more than 150 Chiang Kai-shek statues relocated from all over Taiwan. The tour price of NT$1,700 per person includes pickup from Taipei, lunch, insurance, and any admission fees. (Only Chinese-speaking guides are available for this route.)

What is called the Taoyuan Organic Farm One-Day Tour offers more than a look at farming techniques. Visitors spend much of their time at Ksunu Happy Farm, but there are also stops at the Taoyuan Indigenous Culture Center, Fuxing Suspension Bridge, a tea factory in Daxi, and an old stone church that used to serve the Atayal aboriginal village of Jiguopai. (Most of Taiwan’s indigenous people are Christian.) Along the way, passengers can take in stirring mountain vistas. The price per person is NT$2,999; foreign-language guides are available, and the tour runs whenever at least four people have signed up. Two old towns in New Taipei City, which includes the metropolitan area between Taoyuan and Taipei, feature in the Sanxia and Yingge Folk Arts Half-Day Tour (NT$1,300 per person; foreign-language guide available). Yingge is famous for its pottery production, while Sanxia boasts one of Taiwan’s most exquisite houses of worship.

Zushi Temple has an abundance of wood and stone carvings that depict crabs, dragons, elephants, fish, owls, pangolins, sages, and an entire orchestra of musicians. The ceiling of the central chamber is covered with gold leaf. Not quite so old but extremely picturesque is nearby Sanjiaoyong Street. Sanxia’s former business hub was rescued from dilapidation a decade ago, and it is now possible to appreciate century-old embellishments that had broken off, worn away, or disappeared beneath dirt and paint.

Details of these and other tours, including how to make bookings, can be found at www.taiwantourbus.com.tw. For general travel information about Taiwan, visit the website of Taiwan’s Tourism Bureau (www.taiwan.net.tw), or call the 24-hour tourist information hotline 0800-011-765 (toll free within Taiwan). 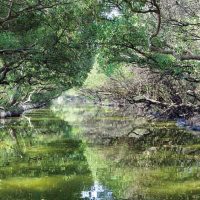 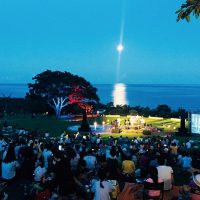