The victory of the Democratic Progressive Party’s Tsai Ing-wen in mid-January’s presidential election was no surprise; she had been leading in opinion polls for months. More unexpected was the scale of the triumph – and that of the DPP candidates in the legislative contests. Not only did Tsai win 56.1% of the vote in a three-way race, but the DPP captured 68 of the 113 parliamentary seats up for grabs in the Legislative Yuan. The Kuomintang (KMT), which had controlled the parliament since Chiang Kai-shek and his forces fled the mainland in 1949, will only have 35 seats.

Not only did Tsai win 56.1% of the vote in a three-way race, but the DPP captured 68 of the 113 parliamentary seats up for grabs in the Legislative Yuan.

The peaceful elections, which will usher in the third rotation of power in Taiwan’s history, were regarded as further evidence that Taiwan has developed into a mature democracy. The election results give Tsai a strong mandate and promise effective policy coordination between the Executive Yuan and Legislative Yuan. But the new administration, which will not take office until May 20, will face numerous challenges, particularly the management of relations with China. Beijing has long distrusted the DPP, which it views as promoting Taiwan’s permanent separation from China, and is uneasy about Tsai’s refusal to embrace a “One China” Policy.

In her victory speech, Tsai said China and Taiwan both had a responsibility to search for an acceptable way to interact “based on dignity and reciprocity.” She has also pledged to maintain the status quo and has promised there will be no accidents or provocations.

With the inauguration of the new lawmakers on February 1, many old-guard KMT politicians who helped shape Taiwanese politics for years exited the political scene. The enthusiastic participation in the elections of younger voters, previously rather politically apathetic, has added to the sense of generational change. The New Power Party (NPP), which has its roots in the student Sunflower Movement of 2014 that opposed President Ma Ying-jeou’s policies of strengthening ties with China, is now the legislature’s third-biggest party. One of the NPP’s five lawmakers is Freddy Lim, the front man for death metal rock group Chthonic.

President-elect Tsai, 59, is set to be Taiwan’s first female leader and the most powerful woman in a Chinese-speaking nation since the Qing Dynasty empress Dowager Cixi. Unlike female leaders in other Asian nations, Tsai did not come to her role through a relationship to a prominent male political figure. After earning degrees from Cornell University and the London School of Economics, she worked her way up to the top, first as a lawyer and professor, then as a public servant, including service in the previous DPP administration as minster of the Mainland Affairs Council and vice premier. It was only in 2004 that she joined the DPP.

President-elect Tsai, 59, is set to be Taiwan’s first female leader and the most powerful woman in a Chinese-speaking nation since the Qing Dynasty empress Dowager Cixi.

The resounding KMT defeat was generally interpreted as voter dissatisfaction with President Ma Ying-jeou’s policy of creating closer business links with China, which have not brought the promised boost to the ailing economy. There was also growing concern that increased economic integration with China would erode Taiwan’s sovereignty.

KMT Presidential Candidate Eric Chu won only won 31% of votes and has already resigned as party chairman (though he remains mayor of New Taipei City). The party is now in the wilderness and the direction it will take will not become clear until after it elects a new chairperson on March 26.

KMT Presidential Candidate Eric Chu won only won 31% of votes and has already resigned as party chairman (though he remains mayor of New Taipei City).

Amid high public expectations, the new DPP government will have to address a wide range of thorny economic and social issues, including pension reform, insufficient employment opportunities for young people, stagnant incomes, and the steep cost of housing. A trade expert who was among the negotiators in the 1990s for Taiwan’s entry into the WTO, Tsai committed to push for Taiwan’s entry into the U.S.-backed Trans-Pacific Partnership (TPP) to boost the island’s competitiveness.

Probably her main challenge domestically will be reconciling her party’s avowedly anti-nuclear stance with the need to maintain an adequate power supply. Still, political observers expect the Tsai administration to be marked by pragmatism and say she intends to invite experienced talent from outside the DPP inner circle to take prominent positions in her government. 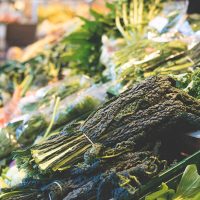 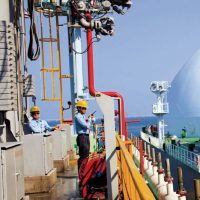 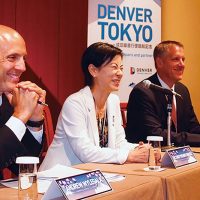