U.S. and Taiwan trade officials held their annual trade negotiations in Taipei on October 1 under the bilateral Trade and Investment Framework Agreement (TIFA).

According to the head of the American delegation, Deputy U.S. Trade Representative Robert Holleyman, the one-day TIFA Council session made progress in a number of key areas, including investment flows, intellectual property protection for pharmaceuticals, and proposals for multilateral and regional cooperation. At a press conference, Holleyman noted that the United States was pleased by Taiwan’s strides in liberalizing its regulatory environment and opening its economy. He also lauded Taiwan for improving trade secrets protection and promoting innovation, and expressed optimism that technical barriers to trade are being lowered. The talks were held six months later than usual because U.S. negotiations were busy with efforts to finalize the first round of the Trans-Pacific Partnership. Asked at the press conference about Taiwan’s chances for accession to the TPP in a second round, Holleyman said any discussion of a second tranche remains “premature.”

Restrictions on the import of U.S. beef and pork products into Taiwan remain a sticking point between the two sides. Regarding the import of U.S. pork containing trace elements of the leanness-enhancing feed additive ractopamine, Holleyman stressed that the U.S. government expects all trade partners, including Taiwan, to ensure that food-related regulations are science-based and “consistent with international standards.” The head of Taiwan’s delegation, Vice Minister of Economic Affairs Shi-chao “Bill” Cho, reiterated the Taiwan government’s position that beef and pork imports must be treated separately. Taiwan relaxed restrictions on beef imports from the U.S. containing ractopamine in 2012, but maintains its ban on pork imports containing the same chemical. Restrictions unrelated to ractopamine also remain on a small number of U.S. beef products. 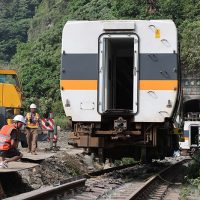 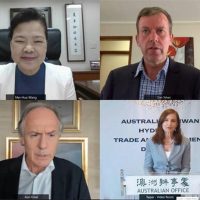 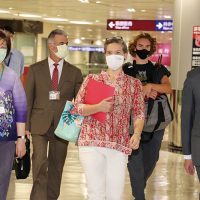