Formerly, people’s lives seemed to fit neatly into broad demographic categories: the first age of childhood, the productive years of the second age of working life, and the third age of retirement. But as an increasingly large segment of the population approaches retirement age, the question arises of whether enough resources will be available to support all of the retired elderly.

The Taiwan government recently revised its labor pension scheme to make the accounts portable and offer greater benefits to retiring workers. Similar to the way Social Security works in the United States, the new scheme mandates that employers withhold 6% of wages, while another portion of up to 6% is voluntarily contributed by workers into a retirement account managed by the Labor Pension Fund Supervisory Committee or designated institutes under the auspices of the Ministry of Labor and Financial Supervisory Commission (FSC). The fund guarantees a return equivalent to the two-year fixed-term deposit rate from a bank, and workers can start withdrawing from their accounts at age 60.

As in the United States, however, many people feel the need for more resources than can be provided by Social Security-type benefits. Max Lin, Vice President for Marketing Support at the Prudential Life Insurance Company of Taiwan Inc., notes that although labor pension insurance offers some degree of funding for retirement, “in most cases, people have to prepare for their own retirement.”

Taiwan’s government is promoting the purchase of retirement-oriented insurance and savings products by consumers. Unfortunately, regulatory obstacles are hampering the introduction to Taiwan of various types of products regularly available to consumers in other advanced markets.

Private retirement accounts are a case in point. As relatively few Americans are satisfied with the returns afforded by Social Security, changes to the U.S. tax code made in the early 1980s have allowed private retirement accounts such as 401k and Individual Retirement Accounts (IRA) to flourish. 401k accounts, named after a section of the Internal Revenue code that allows employees to save money for retirement tax-free, are now offered by 94% of private employers and are the dominant form of private retirement savings in the United States, and IRAs are also highly popular. The funds grow tax-free and are only taxed after the contributor retires or reaches an advanced age.

Similar pension schemes are unavailable in Taiwan, however, since private insurers have found the conditions attached to offering them to be unfeasible. The major sticking point is the legal requirement that investment returns be guaranteed at the same rate as for the government’s own pension plan. According to Lee Wood, senior vice president and head of marketing for Allianz Taiwan Life Insurance Co. Ltd., many people would like the opportunity to save for retirement through pensions (particularly the voluntary portion) that offer investments choices with the potential to achieve higher rates of return than the government scheme, which is approximately equal to the two-year term-deposit rate. “Unfortunately, the risk profile that enables higher returns also entails the possibility of lower returns,” he explains. “As a result, currently no financial institution is able to provide products with more choice while having to guarantee against the downside. Thus, Taiwanese consumers are denied a tax-deferred retirement savings plan similar to those offered in other countries and which might be a better match to their personal investment profile.”

Annuities are among the most important retirement-oriented products, notes Ted Liang, president of the non-profit Taiwan Insurance Institute (TII), as they provide lifelong income against “longevity risk” – in other words, outliving one’s resources. But Liang notes that due to the current low-interest environment, “consumers may think the premiums of traditional annuities are overly high.” TII therefore encourages the introduction of enhanced annuity products such as variable annuities and interest-sensitive annuities.

With a typical variable annuity, money paid to the insurer is used for investment, and the return provided to the annuity-holder depends on the performance of the investments. In Taiwan, some insurance companies offer guaranteed returns on their variable annuity products, but an inflexible repricing mechanism has discouraged wider availability on the market.

Henry Chang, Vice President and Chief Actuary at Prudential, explains the need for flexibility in the repricing mechanism. “We price a product according to current economic conditions,” he notes. “If the U.S. interest rate drops significantly the next day, what we guaranteed was not priced appropriately for that low-interest-rate period.” Previously, in such instances, insurance companies would need to seek the approval of the Insurance Bureau for repricing to meet changing investment conditions, a process that could take four to five months, forcing “insurance companies to take on too much risk,” observes Chang. “The IB understands that if interest rates or other investment conditions experience sudden significant changes, insurance companies need to respond quickly.”

Now, in a revision to its rules, the IB is allowing companies that meet certain requirements to respond to such changes without seeking prior IB approval, allowing them to file the changes after the fact. The new system provides insurers with the flexibility they need to respond quickly, reducing their risk and allowing them to offer more such products to the market.

The IB has also extended the exclusivity period for offering new products from six to 12 months – less than the 18 months recommended by the AmCham Taipei Insurance Committee in the 2015 Taiwan White Paper, but still a significant improvement. This extension allows companies like Prudential, which recently launched its new Prudential Defined Income variable annuity, to enjoy exclusive rights to this product for a year, thereby encouraging innovation in the industry.

Although impediments remain to creating a more comprehensive retirement-focused market for insurance products, the need to do so is becoming more and more apparent as Taiwan comes to grip with the challenge of a rapidly aging population. 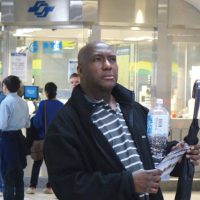 Public Safety: Peace of mind While in Taiwan 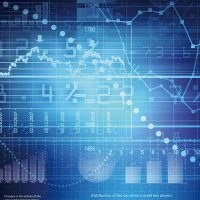