Some families choose one of the excellent international schools, while others prefer local public education for the Chinese-language benefits.

As Taiwan has developed, it has attracted a number of long-term foreign residents. For those who are married and raising families here, the question arises: what kind of education do they wish to provide for their children?

Many of the foreigners living in Taiwan are women from China and Southeast Asia who have come to Taiwan as the spouse of a Taiwanese citizen. For most of them, the answer is clear: local public schools. Anecdotal and statistical evidence from both the Ministry of Interior and NGOs that work with foreign brides indicate that most of their children attend local public schools, speak Chinese, and try to integrate into the community as much as possible.

For more affluent foreigners working for large multinational corporations and receiving what is called the “expat package,” the answer usually is also clear: one of the some 19 international schools that dot the island, primarily in the bigger cities of Kaohsiung, Taichung, Hsinchu, and especially Taipei City. For these people, the multinational employer generally picks up the tab, allowing them the privilege of sending their children to such excellent institutions as the Taipei American School (TAS) and Taipei European School (TES). Collectively, these international schools serve some 10,000 students, all of whom must hold a foreign passport to attend.

But as Richard A. Hartzell, Upper School Principal at TAS, notes, the expat package is becoming increasingly rare in Taiwan, and while students at TAS hold foreign passports, most have family connections in Taiwan, with a solid majority having grown up here.

Then there are the foreigners living in Taiwan who have a more ambiguous status. Often working as English teachers or freelance editors or journalists, or increasingly as restaurateurs or other small-business owners, these people lack the resources available to employees of multinational companies, and generally find that their only practical educational option may be local public schools. Such expats then face the challenge of how to raise their children to become confident, open-minded, and curious learners in an educational system widely criticized for being top-down and teacher- and testing-centric, doing little to instill a love of learning in the students.

“Taiwanese schools are strict and limiting,” asserts Revital Golan, founder and CEO of Anemone Ventures, a business consultancy based in Taipei. “They are overly test focused, so students are not being educated in solving problems or encouraged to be creative. Instead they are learning test-taking skills.” Golan’s two children have both attended TES since kindergarten, where her eldest is preparing to graduate from high school this year.

Jonathan Seidman of Golin Public Relations, the parent of a toddler and with a second child on the way, echoes those concerns. For students beyond a certain age, Taiwanese education is “rather crushing in its workload and stifling of creativity, and there’s a lack of innovation,” he observes. “I want my kids to think for themselves, to be independent and able to ask questions,” he says, expressing skepticism that these attributes can be easily gained through a local education.

On the other hand, many expats have concluded that attending public schools, especially at the elementary school level, offers significant advantages for their children, particularly in attaining Chinese language skills. Even some top executives with foreign multinationals send their children to local schools so that they will develop Chinese language ability and feel at home in another culture.

Leo Seewald, chairman of BlackRock Investment Management (Taiwan), for example, chooses to send his twin sons to a local public school so that they can become fluent in Chinese. His daughter, currently attends a local private kindergarten, but will enroll at a public elementary school next year. Seewald doubts that his children would be able to become totally fluent in Chinese if they were to attend an international school.

More significantly, as China’s influence in the global economy continues, “you can’t overestimate the importance of Chinese,” he says. He views Chinese language skills as ensuring a failsafe income for his kids, as well as providing a launching pad. “At the minimum, they can always get a job in McDonald’s,” he quips. “On the other hand, who knows what they can achieve? There’s no limit.”

Seewald notes that the bar for Chinese proficiency has been raised. “When I was just starting out and learning Chinese, it was good enough just to speak,” he says. “Now that’s no longer good enough. You need real proficiency today – including reading and writing.”

Beyond language skills, Seewald observes that the local elementary schools offer a suitable balance of classroom study, homework, and extracurricular and creative activities for his children. He praises the student-teacher ratio of 20-1 as being adequate, as well as the after-school homework program (an jing ban) and sports and art programs, all offered at a nominal fee by the public school. “The elementary school education is good,” he observes, but admits to skepticism about the quality of junior and senior high schools in Taiwan, widely reputed to be “study factories” aimed at churning out disciplined test-takers at the expense of pretty much everything else.

Anthony van Dyck, manager at Marubeni Corporation and a long-term expat in Taiwan, says that he sends his children, aged 6 and 9, to local public schools because he feels that learning Chinese from an early age will help his children more easily fit into Taiwanese society.

“I have never met anyone with perfect Chinese-language skills who didn’t grow up in a Chinese-speaking culture,” says van Dyck, himself quite fluent in Chinese. He adds that while his wife is Taiwanese, he still notices that even mixed heritage children are often treated as outsiders in Taiwan. “Taiwan is a largely homogenous society, and I worry my daughters will always be ‘the other,’ treated as guests in their own country,” he says. “By speaking perfect Chinese, I feel that my daughters will cement their identities as Taiwanese.” A local public school education offers a number of other benefits, he observes, including the chance to develop discipline and good study habits.

Tobie Openshaw, the head of audio-visual services at TAS, faced a far more challenging situation when he immigrated with his family to Taiwan some 15 years ago from their native South Africa. Fleeing the violence in his native land, Openshaw and his wife found themselves teaching English in Taoyuan, with their children attending public schools. Perhaps reflecting the relative isolation of Taoyuan compared to its more globalized neighbor Taipei City, Openshaw recalls that his children struggled to fit in at their public schools, and were often ostracized by their classmates for their differences.

Compounding the issue were language gaps, as neither Openshaw nor his wife spoke Chinese, and in fact did not realize that one of their children was adjusting poorly to the new environment. Based on his later experience at TAS, he observes that in Western schools “they have strategies for dealing with troubled kids, they have counselors and know how to motivate kids in need.” In Taiwanese schools, though, such help is scarcely found, and his daughter ultimately returned to South Africa. His two sons remain in Taiwan, with one of them enrolled at National Taiwan University of the Arts.

TAS remains the gold standard in education in Taiwan. A visit to the campus reveals a startlingly beautiful campus staffed with some of the best teachers from around the world. Hartzell says TAS competes with some of the world’s top prep schools for teaching talent, with a number of Ph.D.s on the faculty.

The campus, located on Zhongshan North Road in Tienmu, also offers an array of sophisticated, high-technology facilities and resources that would put some major universities to shame. The sports facilities and fitness center are second to none. The technology resources at TAS, including 3D printers and laser cutters, are so advanced that the head of the art department says former students at top U.S. universities ask him for assistance in shaping their art projects on TAS equipment, as even with shipping it is faster than waiting for time on their university’s own equipment.

And the students thrive. TAS’s robotics clubs routinely win global accolades, while a student project on synthetic biology not only won top prize at an International Genetically Engineered Machine (IGEN) competition at MIT last year, but was praised as being equal to work done by Ph.D. candidates.

TAS is renowned for its excellence in STEM (Science, Technology, Engineering, and Math) programs, but excels in the arts as well. Dance instructor Deb Fleming notes that TAS graduates have attained places in the programs at some of the top dance schools in the United States and elsewhere.

Although it lacks some of the bells and whistles found at TAS, the Taipei European School also offers an excellent education along a broad spectrum. Unlike TAS and other American schools in Taiwan, which primarily cater to Taiwanese-American students and offer an American-style curriculum, TES offers “European culture and values in a Taiwanese context,” and has students from 50 different countries. Also unlike TAS, where all 2,300 students are on the same campus, TES has two different campuses – the Primary Campus for kindergarten and elementary school students, located on TAS’s old site in Shilin, and the new Secondary Campus on Yangmingshan for the middle and high schools.

TES is in fact three different schools in one institution: the French, German, and British schools. According to Allan Weston, the CEO of TES, the French and German sides are actually government-sponsored schools that receive funding directly from Paris and Berlin, and teaching is conducted in the national language. The British School, aimed at the citizens of Commonwealth countries, offers British-style education in the elementary and middle schools, but for the final four years “it’s all international,” says Weston. By the last two years, all students are studying for the International Baccalaureate (IB) diploma, which is also offered on an elective basis at TAS. (TES also offers a French premier terminale diploma for students in the French school who wish to receive their tertiary educations in France.)

Noting the array of languages heard and cultural programs offered at TES, Weston says the international-ness of the school is what makes it very attractive for parents and students. “It’s the complication that glues the school together, and every stakeholder has a vested interest,” he says. “That’s one of the spirits of the school and what keeps people here.”

New Zealander Peter Sutton, former head of finance firm CLSA in Taiwan and currently founder of business and language app developer Arbiton, sends his children to TES and plans on continuing to do so. “The diversity is definitely an asset,” he observes. 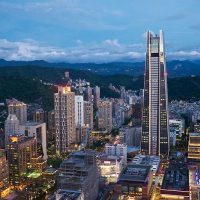 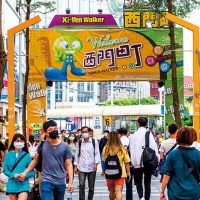 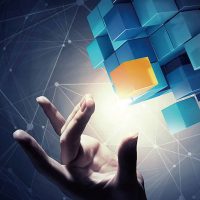