The Legislative Yuan in June froze the budget for Taipower’s pilot project to send nuclear waste abroad for reprocessing to give lawmakers time to review the plan. Under the NT$11.25 billion plan, 1,200 spent fuel rod bundles – 8% of the total spent fuel currently stored in cooling ponds at Taiwan’s three active nuclear power plants – would be sent to a foreign country to be reprocessed. France, Japan, Russia, and Britain are technically capable of reprocessing, which recycles a significant amount of spent fuel into reusable fuel, but so far no one has submitted a bid for the project. The 20% of the spent fuel remaining after reprocessing would be returned to Taiwan in the form of vitrified waste encased in glass for permanent storage. The cooling pools at Taiwan’s two older nuclear power plants are almost completely filled and the first unit of the Jinshan Nuclear Power Plant might be forced to cease operations as early as next year due to lack of spent-fuel storage capacity. 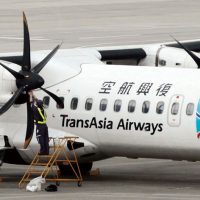