After years of being in the rough, members of the industry are now seeing a gradual improvement in business thanks largely to product diversification.

Twenty years ago, a 19-year-old Tiger Woods was just getting started in his career as the most dominant golfer in a generation, spurring strong interest in the sport. Of mixed African-American and Thai heritage, Woods was seen as the new face of golf: younger, more athletic, and more diverse. As participation in golf surged along with Woods’ career, new courses opened around the nation. By 2002, the United States – the world’s top golf market – counted 30 million golfers playing some 518 million rounds of golf a year.

Woods would go on to be one of the greatest golfers in history, but interest in the sport began to slip by the mid-2000s. With the one-two punch of the global financial collapse of 2008 and Woods’ own fall from grace in 2009, the sport shed players as quickly as Woods dropped in the world rankings. According to golf consultancy Pellucid, the number of golfers in the United States – the world’s largest market – declined by 24% between 2002 and 2013 to reach 23 million, losing 1.1 million in 2013 alone. More disturbingly for the sustainability of the sport, golf no longer appeals to younger players, with the U.S. National Golf Federation reporting that 200,000 millennials ditched golf in 2013 due to the expense and the sport’s association with an older, moneyed elite.

The numbers for golf’s second largest market, Japan, don’t look any better. Participation there is down some 40% since its mid-1990s highs. Outside of Germany, where the sport has seen modest growth, golf’s popularity likewise continues to wane in Europe. Emerging markets are picking up some of the slack, and China – the world’s sixth largest market – saw 7.8% growth in the number of golfers in 2012, according to Huidan Research. Chinese corruption watchdogs have recently targeted golf as a conduit for graft and kickbacks, however, and 66 golf courses in 22 provinces were closed by authorities this past spring, while government officials in some provinces have been prohibited from playing.

The Taiwan golf equipment industry has been hit hard by the prolonged downturn in the golf equipment market, along with rising costs in their manufacturing bases in China. Taiwanese companies are the world’s leading contract manufacturers of golf equipment, producing golf clubs and accessories for such major brands as Bridgestone, TaylorMade, and Nike Golf. The island’s manufacturers turned out 40.3 million golf shaft heads in 2013, taking a 75.5% global market share, far outpacing second-place China with 4.1% and Thailand in third with 3.9%, according to Taiwan’s Metal Industries Research and Development Center (MIRDC). Industry insiders estimate that Taiwan also accounts for 40-50% of global golf shaft production.

But the broad exposure led to deep losses. Only recently has the industry seen signs that an array of tactical moves – including diversification, reorganization, and refinancing – are starting to pay off in stemming the flow of red ink.

Dynamic Precision Industry, a major player in the field, for instance, has managed to turn around its operations by reducing capital by 20%, from NT$636 million (US$21.1 million) last year to its current NT$509 million. Bucking historical trends, the company closed down its factory in Guangzhou, China, in early 2013 and returned production to its plant in the southern Taiwan city of Kaohsiung. Soaring labor costs in Guangzhou and declining demand for low-end golf equipment meant the plant was no longer viable. Closing the plant proved costly in terms of worker severance and moving equipment, though, and resulted in NT$97 million – NT$1.52 per share – in after-tax net losses in the first quarter of 2014 alone.

At the same time, the maker of metal golf heads and parts overhauled its local operations, including fully renovating its four production lines in Taiwan. This overhaul boosted daily output per production line from 500 units to 1,000-1,200 units and allowed it to focus on high-end precision-cast titanium golf heads rather than low-end iron heads. Concentrating resources in the Kaoshiung plant has also allowed the firm to cut delivery times, shorten the development period for new products from three to five months to three weeks, and minimize the defect rate. Acknowledging its progress, TaylorMade, the world’s leading golf equipment brand and a subsidiary of Adidas, has listed Dynamic as a priority supplier, and the company now derives over 90% of its revenue from TaylorMade. The company’s gross margins have subsequently climbed from 7-8% in 2011 to 15-16% last year.

Having put its operations on a solid footing, Dynamic is investing NT$80 million (US$2.7 million) to build and equip a new factory on a 1,800-ping plot of land in Kaohsiung’s Tafa Industrial Zone that it purchased at a cost of NT$200 million. The new plant, slated for inauguration in the third quarter of 2015, will have a projected monthly output of 20,000 golf shafts, mainly with stainless-steel heads. The company currently produces 60,000 shafts a month, all with titanium-alloy heads.

Move to the interior

For the second-largest Taiwan golf equipment maker, O-TA Precision Industry, 2013 brought its first losses in 18 years, likewise prompting a restructuring of operations. The company, which produces golf shafts and golf shaft heads on an ODM basis for U.S. brands such as Nike and Cobra-Titleist, as well as Japanese brands Bridgestone and Mizuno, has cut costs by setting up a factory in the low-cost province of Jiangxi in central China, while halting expansion of its Shenzhen factory. Manager Chung Cheng-yi notes that the Jiangxi plant now accounts for 20-30% of O-TA’s total output and says the share is expected to rise eventually to 40-50%.

In addition, the company has also embraced advanced production technologies that have greatly boosted its efficiency in materials utilization and yield rate, leading to considerable savings, as materials account for half of production costs. As a result, gross margins jumped to over 10% in 2014, up from 2013’s 3%, according to Liang Chi-chang, the company president.

Alongside cost reductions, OT-A Precision has upgraded its product offerings, including the rollout of collectible golf shafts featuring tattoo patterns and other unique designs, including one resembling bamboo. Such shafts fetch prices three to five times more than those of the usual product offerings.

O-TA Precision places a strong emphasis on innovation. Of its total of 260 employees, 150 or 60% – most of them R&D engineers – are based in Taiwan, notes Chung. The focus on R&D, combined with excellent craftsmanship and advanced materials technology, has enabled the company to diversify into own-brand production of high-end carbon-fiber bicycles. Branded “Volando,” these bicycles have several times won the “Taiwan Excellence Award,” presented by Taiwan’s Ministry of Economic Affairs, for excellence in design and aesthetics. Currently aimed at Taiwan’s domestic market, the entry-level models retail for between NT$200,000 and NT$300,000.

In addition to branded sales, the company has also undertaken contract production of bicycles for Toyota, which retails the products at US$15,000-$20,000 in the United States and Europe. The company also produces bicycle frames on an OEM basis for major bicycle brands in the United States and Europe. “Bicycle and parts production, mostly for OEM orders, now contributes 10% of our sales and is expected to grow by 30% annually in the coming years,” reports Chung.

The focus on R&D, combined with excellent craftsmanship and advanced materials technology, has enabled the company to diversify into own-brand production of high-end carbon-fiber bicycles.

Advanced International Multitech (AIM), the leading golf equipment manufacturer in Taiwan, has also struggled with rising costs in its China factories, which in 2013 led to its first losses in over a decade. AIM, which makes golf heads, golf shafts, and balls for leading brands such as TaylorMade and Callaway, began shifting manufacturing to its Vietnam factory in 2013, while scaling down operations at its Dongguan plant, where wages are three times the Vietnamese level. Although its Vietnam plant currently accounts for only 10% of AIM’s total output, the company plans to raise this share to 30% within the next two years and ultimately to 50%. AIM has also reduced its number of contract workers at the Dongguan plant, paid on a piecework basis, while boosting the share of regular workers in order to stabilize its workforce and enhance yield rates.

The company has streamlined operations and trimmed excess capacity, leading to more stable production schedules, eliminating low equipment-utilization rates during the second and third quarter off-seasons, according to chairman Cheng Hsi-chien. Meanwhile, AIM has taken advantage of its technology in composite carbon-fiber materials by aggressively diversifying into products such as notebook cases, 3C products, and bicycles. The company has established a solid footing for its carbon-fiber bicycles, both on an OEM basis for major foreign brands but also for products bearing its own “Grampus” brand that retail in Taiwan for NT$50,000-$120,000.

Wang Hui-chen, deputy spokesperson, says the company anticipates increased orders next year from potential customers for products other than golf equipment. Non-golf equipment sales accounted for 20% of the company’s revenue of NT$9.53 billion in 2014, down 15%. AIM suffered an after-tax net deficit of NT$0.58 per share that year. But Wang says that golf equipment contract manufacturers have stopped undercutting one another’s prices, finally recognizing that price wars are futile, as leading brands tend to diversify their suppliers regardless of price. “The shrinking demand on the global market has also discouraged the entry of newcomers,” he adds.

In addition, AIM has set up a subsidiary, Launch Technologies, to produce golf balls for major brands such as TaylorMade, Callaway, and Mizuno, mainly on an ODM basis. Thanks to heavy investments in technologies related to materials, molds, and process technology, the company is capable of producing TPU (thermoplastic polyurethane) balls for use by professionals and seasoned amateurs. The company expects to turn out 9 million dozen golf balls in 2015, 15% more than 2014’s 7.8 million dozen, for a 10% global market share. Revenue is projected to reach NT$1.27 billion, up 13.9%. “Our sales is expected to show major improvement over the level in 2014, when our revenue slipped 10% from 2013’s level, which was caused by our clients reducing orders to clear high inventories,” reports Kuo Yi-miao, Launch Technologies’ manager.

The company has also made a foray into the emerging sector of chip-inlaid balls, which can record various data on players’ performance to help them improve their skills. Chu Kuo-tung, Launch Technologies’ president, sees a rosy outlook for the chip-inlaid ball market, saying that it will be a major source of profit for the company.

Meanwhile, to gain a greater share of the massive market for practice balls, Launch Technologies plans to step up cooperation with practice ranges in the United States. “We hope to raise the share of practice balls in our revenue to over 12%, up from mere 1% now, despite the slim margins,” says Chu. “The global demand is massive – an estimated 12 million dozen a year.” He says the company plans to double the number of golf practice ranges it cooperates with in the United States to 20 within two years and 150 in the long run.

Another major industry player is Fusheng Precision, a subsidiary of major air compressor maker Fusheng Group, which boasts an annual output of 15 million golf shaft heads – 30% of the global market – on an ODM basis for major global brands. “Our edge lies in our strong R&D capability and mold manufacturing,” says vice president Chang Jui-kue. The company maintains an R&D center in Taoyuan that provides strong support to its factories in Taoyuan, Kaohsiung, Guangdong, and Vietnam.

“Designs of golf shaft heads created by the R&D center can be transmitted electronically to the CNC platforms at our factories for mold-making, which now takes only seven days, one-third the previous length of time,” notes manager Lee Po-tsung.

At the same time as the above-mentioned moves have improved the fortunes of Taiwan’s golf manufacturers, the market has been picking up in the United States. Market analytics firm Global Research and Data Services forecasts that global golf equipment sales will grow by 1.9% in 2015, a significant improvement over the average of 0.3% recorded between 2008 and 2013. 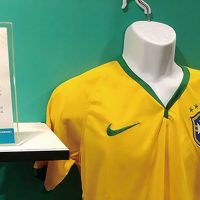 Taiwan’s Functional Fabrics are a Winner 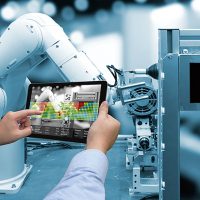 5G AUCTION EXCEEDS EXPECTATIONS  Taiwan has completed both phases of its 5G spectrum auction, raising a total of NT$142.19 billion (US$4.7 billion), the third-highest amount...