Taiwan appears to be heading in an interesting slow life direction, emphasizing quality of life, the environment and self-realization.

There was a rumble of thunder and the rain started gushing down. There would be no reprieve for an hour or so … that was for sure. But what better place to be stuck than Huashan1914 Creative Park (華山1914文創產業園區)? The “city within a city” is Taipei’s art-cum-café hangout, which has morphed from being cool to popular without losing credibility.

While the outdoor events were a washout, there was oodles to see and do, such as creating some object or another on a 3D printer at Fab Café (fab as in fabrication), while supping on a tastefully contrived latte. One could browse through the formerly abandoned factory to admire the work of new designers, take in an art-house movie, or gawp at the goldfish bobbing around in imaginatively sculpted and illuminated tanks – part of an art show.

One could have equally visited Songshan Cultural and Creative Park (山文創園區), not far away as the crow flies, another former factory, this one for tobacco rather than wine and beer. Now the Japanese-style buildings and courtyard gardens have blossomed into a playground for all ages, with Lego exhibitions and drone flying lessons. Eslite Spectrum – of 24-hour bookstore fame – has a significant presence and its design heavy, slow life ethos pervades the site. On a fair-weather day you could even pick up a YouBike, visit both parks, and still have time to buy organic produce at one of the many farmers’ markets that are springing up across town, like Footprints Market (田裡有腳印市集) near National Taiwan Museum. And take in the Sunday market at the veterans’ 44 South Village (四四南村), where a ukulele balladeer entertains the crowds, next to Hao Cho’s café (好丘), which has some of the best bagels on the planet, plus Taiwan’s favorite green and black teas, bottled and sold, along with locally made ice creams.

It’s a busy slow life weekend in Taipei, unlike anything else in Asia. The land seems to lend itself to such a lifestyle, temperate, civilized and abundant. It’s not what Taiwan is famed for, yet, but it could be in the future, as the country seeks to upgrade and find some space for itself in a rapidly changing and increasingly competitive world. A slow life approach would appear to suit.

Certainly, Huashan’s administrators factored in the slow life ethos when the creative park was planned, after extensive restoration to the factory and its grounds. “It actually embodies the slow life ethos,” says Huashan planner and public relations manager Celia Liao.

The meaning of “Slow Life”

For those unsure of what slow life means and who suspect it’s just a synonym for being lazy, the thoughts of Carl Honoré, one of the thinkers behind the movement, are instructive. A Canadian journalist who wrote the bestseller, In Praise of Slowness: How A Worldwide Movement Is Challenging the Cult of Speed, was a keynote speaker at the 2005 TEDGlobal event, outlining how:

“In the headlong dash of daily life we often lose sight of the damage that this roadrunner form of living does to us. We are so marinated in the culture of speed that we almost fail to notice the toll it takes in every aspect of our lives, our health, our diet, our work, our relationships, the environment and our community. And sometimes it takes a wakeup call to realize we’re hurrying through our lives rather than living them, that we’re living the fast life rather than the good life.” The slow life approach was originally inspired by an Italian tired of the relentless march of corporations and imposition of a fast-food mentality. In 1986, the communist activist Carlo Petrini led a campaign of resistance against the opening of a McDonald’s restaurant near the Spanish Steps, Rome, and got the bandwagon rolling. That momentum led to him to found the Slow Food organization, which spawned slow living, slow travel and Cittaslow, or slow cities.

Certainly, the slow life idea has made its influence felt in Asia, where it has to a certain extent merged with LOHAS, (Lifestyles of Health and Sustainability). The LOHAS movement aims to preserve the environment, change buying patterns and focus more on health, wellbeing and happiness.

Importantly, LOHAS is not against making money, but intends to do so in a sustainable and healthy way. Even virtuous conspicuous consumption is possible. As such the movement is particularly strong in Japan, South Korea and Taiwan, where it has been adopted as a consumer term for LOHAS-branded goods, foods and fashion – far more so than in the West. The LOHAS Group, a strategy firm based in the United States, identifies Taiwan as a major LOHAS market.

Rather neatly characterizing Taiwan as a “crouching” tiger that is not making the most of its potential but is ready to do so, LOHAS Group describes Taiwan as having, “A fast growing middle class that has recently been questioning the path that the country has taken to get to where it is. Unbridled economic growth usually comes with a price to the environment and heath of people.”

You could say Taiwan has downshifted since its economy took a turn in the fast lane, from the early 1960s up to the turn of the millennium. This was when the country became one of the world’s major manufacturers and exporters, and was oft referred to as one of the four “Asian Tigers,” leading the region to prosperity. It was an era of growth and finally democratic achievement, with the nation’s first-ever direct presidential election in 1996.

Since then, Taiwan has been buffeted by the Asian financial crisis of 1997 and the 2008 world economic meltdown, stunned by the rapid expansion of China, weakened by a brain-drain and local investment overseas. Yes, it’s still doing well by most measures, but arguably falling behind the other three Asian tigers: Hong Kong with its financial strength, Singapore’s impressive GDP, and South Korea’s technological might.

The country’s manufacturing plants and warehouses are emptying, as China takes over the mantle of “factory of the world.” At the same time LOHAS Group has cited Taiwan’s poor record of environmental sustainability, which is a measure of its overall air quality, water and sanitation, biodiversity, climate and energy, and water resources, including fisheries.

On the one hand, you could say Taiwan is emerging from a bit of a funk; on the other hand, you could call the glass half full and say that rather than roaring ahead with unbridled development (like China), it is moving into the sustainable slow life lane and is actually a better place for it. All those empty factories are turning into cultural hubs, the environment has improved, and so too has the quality of life. Certainly this was the feeling of Huashan’s Celia Liao, who says: “I think Taiwan’s people have over recent years increasingly paid attention to health and lifestyle quality, while our awareness of environmental sustainability is maturing.”

“We often read media reports that talk about xiao que xin (小確幸, inspired by Japanese writers and meaning `small but real happiness’),” she notes. “Because of the economic slowdown people tend to seek this small but profound happiness.”

Liao believes that after decades of rapid industrial development, Taiwanese have more freedom in terms of lifestyle, but this has taken a toll on the environment. Taiwanese “are wondering whether it’s a good thing that the Earth is suffering and experiencing global warming because of our selfishness,” she says.

“Many of these types of issues have affected people’s attitude toward LOHAS,” she observes. “This means their thinking is going in a different direction and they are thinking more about what life is. People are now exploring different lifestyles.”

Tourism and the slow life

Taiwan Tourism Bureau Section Chief Joseph Cheng admits the “future is a big question for us” and, like Liao, thinks a slow life or LOHAS approach is a promising one. He mentions the influential food and travel writer Ye Yilan, who’s from Tainan, as someone who offers a compelling vision of the future. An advocate of xiao que xin, Ye gives examples of the “little things in life” that make it worthwhile, such as: waking up but then getting to sleep more, hot drinks on a cold day, laughing until your sides hurt, snuggling in a blanket, and freshly baked cookies.

Lifestyle and diversity are two project areas for the Tourism Bureau, while a LOHAS lifestyle is one of six focus points. Cheng talks about experiencing LOHAS the Taiwan way, by enjoying its diverse local culture, cuisine, sports and martial arts like tai chi, leisure activities and traditional healthcare therapies. He mentions the “farm to table” concept, whereby restaurants source products from nearby farms, thereby saving energy and the environment. He emphasizes how cycling is a big element of the back-to-nature and keeping-fit movements, adding that a cycling highway will encircle the island soon.

While the nation’s tourism figures show a healthy 9.9 million tourist arrivals last year, an increase of about 1 million per annum over the past five years, Cheng says the emphasis must be on sustainable development – which he dubs a “virtuous cycle of tourism.” As such the Bureau intends to control visitor numbers and focus on quality rather than quantity. He cites the case of Hong Kong, where its residents resent the huge influx of mainland visitors, which creates a “negative impact.” “Taiwan is not so competitive, instead there’s plenty of space to find one’s own way,” says Cheng. “A lot of Hong Kong visitors want to live here, not just to escape the political situation but because it’s a good place to live. Taiwan is unique and easy to experience. You should travel slow, rather than fast. When you move slowly you appreciate more.”

Eliza Hung is one of the new breed of Taiwanese, who has lived around the world, including the United States and Hong Kong, but prefers it here. She has had high-paying jobs but is now setting up a natural wood and coffee store in Xinyi district called You Mu (有木) that has an online presence, and where the emphasis is on meeting people and doing cool things.

“I want to do something I’m passionate about. Doing something I want to do is more important than just finding a job,” Hung says. “The important thing is not to be rich in money terms necessarily, but rich inside. There’s no need to compare salaries, your car or house. What do I need in life? How much is enough? It’s never enough.

“Before Taiwanese worked very hard, there was no time to stop and think about what we really wanted. There was no choice about what to do with our lives. I think this should change.” 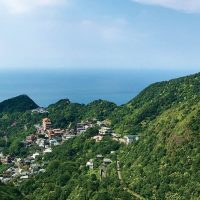 A Throwback to Taiwan’s Golden Age: A Trip to Jinguashi Temples are Taiwan’s Castles and Palaces 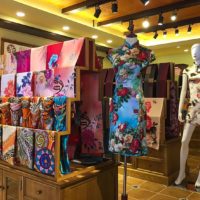