Food safety issues emerged once again last month with the revelation that potentially radioactive food has been imported into Taiwan.

Taiwan’s Food and Drug Administration (TFDA) announced on April 16 that it will tighten rules on food imports from Japan after it was revealed that bogus labels on certain products misidentified the origin of the products. In the wake of the March 2011 Fukushima nuclear reactor disaster, Taiwan banned the import of food manufactured or grown in several Japanese prefectures, including Fukushima, over concerns of radiation poisoning. TFDA will now require all food items imported from Japan to carry an official document certifying the prefecture of origin. The new rules will also require radiation tests for certain higher-risk areas.

In related food safety news, high concentrations of pesticide residues, including long banned DDT, were found in teas offered in central Taiwan by chain store Stornaway. Pesticide residues were also found in teas sold by the 50 Lan and A Tea chains. The authorities ordered the cessation of sales of the products pending the results of further testing. A series of food-related scandals in recent years has involved cooking oils made from waste oil, illegal colorants, and the use of feed-grade ingredients used in making food products. 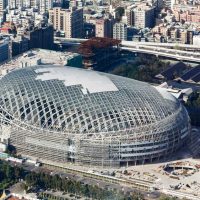 Gogoro To Go Public on Nasdaq On September 16, Gogoro announced plans to launch an initial public offering (IPO) on the Nasdaq Stock Market in...