Taiwan is attempting to shift from a conscript military to a volunteer, professional military in a very short time frame. Can the army recruit enough personnel to maintain a credible defense?

In 1973, when United States began its transition from a conscript army to an all-volunteer force, no one was sure whether the move would succeed. Forty years on, the U.S. Army is considered the most agile, advanced, and lethal in the world, and has earned a high degree of regard and trust from U.S. citizens.

Now as Taiwan tries to make this same transition with Chinese missiles staring down on it from across the Taiwan Strait, it doesn’t have the luxury of time. Instead, it would need to complete the project in as little as three or four years. Taiwan’s complex relationship with China and volatile domestic political environment, as well as the numerous scandals that have affected the military, only increase the complexity of recruiting and fielding a modern and effective armed forces.

Volunteer armies are also costlier than conscript armies, as it takes better benefits and higher salaries to recruit soldiers. Taiwan has raised both benefits and pay, but is still lagging in recruitment – and with so few recruits, the army risks becoming top-heavy with officers.

As explained by defense expert J. Michael Cole in a recent story for The Diplomat, originally the Ministry of National Defense (MND) set a goal of some 28,000 recruits annually, but in 2013, the first year of its recruitment drive, it only reached about one-third of that number. As a result, MND lowered its target to 10,000 soldiers in 2014 and actually managed to recruit 15,000. This year’s goal is 14,000, and as of April a third of the target had already been achieved.

The low recruitment numbers have forced the MND to postpone conclusion of the transition from the original date of 2015 to 2017. Also, the planned total number of military personnel has been reduced. In 2012, Taiwan had 270,000 personnel in its armed forces, and the initial proposal called for an eventual force of 215,000. The revised target is 170,000 to 180,000.

These reduced numbers have prompted some to question the wisdom of the transition. A survey released in April conducted by Academia Sinica reveals that a majority of Taiwanese in all age brackets want to return to the conscript-based system to “enhance (Taiwan’s) military strength.”

“Now the military has the problem of too many commanding officers and too few soldiers,” said Democratic Progressive Party Legislator Hsiao Bi-khim in widely reported press comments. “According to the government’s current fiscal constraints and staff planning, it is not possible to convert to an all-volunteer military.”

The MND responded by saying the process was irreversible, and Tsai Ing-wen, the DPP party chair and presidential candidate, later qualified that she supports the transition but thinks it may need more time to be carried out.

The obvious success of the U.S. military in creating a volunteer army provides some encouragement for Taiwan. But with only half of one percent of Americans having served during the previous 10 years of continuous conflict, the Pew Research Center in 2011 warned of a growing disconnect between the U.S. citizenry and their military.

A conscript army is often seen as building national identity through the universally shared experience of helping defend the country. Considering that the endgame of an “asymmetric strategy” is a local militia engaged in guerrilla warfare, can a population distanced from its military engage in armed resistance to an invader? In apparent acknowledgement of this potential weakness, Taiwan actually is not eliminating conscription entirely. Instead, draftees will undergo a four-month training program to at least become familiar with firearms and gain some combat training.

Alexander Huang, a specialist in military strategy, says the instilling of patriotism is not simply a matter of whether the military is conscript-based or volunteer, but of how those recruits are trained. “If you have a training program with commanders who know what their troops need and give them the right kind of education, then the young men and women will feel honored to wear that uniform,” he says. “But if you are wearing that uniform but are treated like a house helper, that will actually undermine patriotism.” 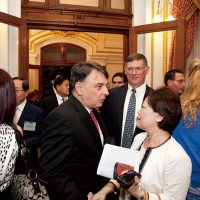 AmCham Taiwan at 70: Building on the Chamber’s Past Successes 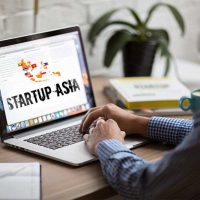 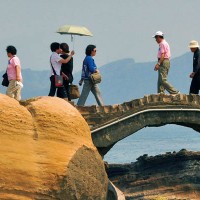 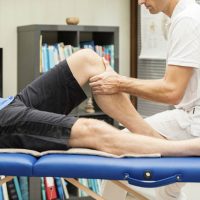