The introduction of mobile and third-party payment platforms is expected to bolster the nation’s burgeoning e-commerce market.

Taiwan’s payments industry is getting a needed shakeup with the adoption of contactless technology to facilitate mobile transactions and the passage new legislation to legalize third-party electronic payment services.

Those changes will not fundamentally alter the island’s payments landscape, which is dominated by big banks and credit card companies. But they will make it easier for Taiwanese consumers to make purchases on their mobile phones, giving a boost to the e-commerce market, and also increase competition in the payments sector.

Rising e-commerce growth and rapid smartphone penetration are driving the campaign to augment connectivity. E-commerce transactions in 2014 increased year-on-year by 15% to over NT$900 billion (US$28.5 billion), according to Taiwan’s Financial Supervisory Commission (FSC). At the end of 2014, total smartphone shipments expanded to 22.58 million units, nearly equaling Taiwan’s population, according to the research firm IDC.

“We believe Taiwan is ready to grow its mobile wallet business,” says Peipei Wu, a senior analyst with research firm IDC in Taipei. “The rising popularity of smart devices, introduction of new mobile payment standards, and favorable regulations will facilitate this trend.”

IDC estimates that mobile payments in Taiwan will increase by 42% to NT$89 billion (US$2.84 billion) this year and to NT$160 billion in 2017, with most transactions coming from mobile commerce.

E-commerce transactions in 2014 increased year-on-year by 15% to over NT$900 billion (US$28.5 billion), according to Taiwan’s Financial Supervisory Commission (FSC).

The arrival of large-scale mobile payment platforms is expected to provide a strong foundation for the development of mobile payments in Taiwan, spurring growth in the e-commerce industry, analysts say.

The biggest of these platforms is the Taiwan Mobile Payment Co. (TWMP), a consortium of more than 30 banks together with the state-backed Financial Information Service Co., National Credit Card Center, and Taiwan Payments Clearing System Development Foundation. Launched in December 2014, TWMP is a near-field communication (NFC) mobile payment service. NFC-enabled devices use electromagnetic radio fields to send and read information without contact.

To access TWMP’s service, users download the t wallet interface app, which is currently compatible with about 20 smartphones. With an NFC-enabled SIM, a handset can function as a debit card, credit card, and public transit ticket. Users simply tap the handset on a card reader at participating retailers.

Security issues have frustrated previous efforts to develop mobile payment systems in Taiwan, Wu of IDC notes, but TSM is helping to resolve that problem. “Risks related to fraudulent transactions can result in big losses both for merchants and card companies,” she says, adding that as payments go mobile, it is necessary to develop new risk management tools for the new platform. TSM mitigates risk in mobile commerce by introducing interoperability and setting common standards for telecom providers and merchants, Wu says.

TWMP has ambitious plans for the Taiwan market. At a December press conference to mark its launch, chairperson Chao Yang-ching said the company has set a target of NT$10 billion (US$314.8 million) in transactions via smart cards and smartphones over the next three years.

“TWMP has big backers from the standpoint of authority and backend architecture support,” Wu says. “But we believe there is room for other service providers as there are many market niches to address, especially in fraud management and corporate services.”

Meanwhile, long-awaited legislation on third-party payments passed in February is expected to provide another impetus for growth in the e-commerce sector. The Electronic Payments Processing Institutions Act will do so by permitting both banks and non-banks to offer third-party payment services, including open collection and payment, deposits, and remittances.

The FSC forecasts that enactment of the legislation will increase Taiwan’s e-commerce market transactions from NT$880 billion (US$28.9 billion) in 2014 to between NT$1.2 trillion and NT$2 trillion (US$39.3 billion and US$65.6 billion) in 2015, making online shopping in Taiwan a “trillion-dollar industry.”

The FSC has not confirmed when the law will come into effect, but most observers believe it will be in the first half of the year.

But Jamie Lu, marketing manager of PChome, Taiwan’s largest e-commerce company, is skeptical. “The minimum capital requirements are too high, which will deter many potential market entrants,” she says, noting that the legislation requires electronic payment institutions to have paid-in capital of at least NT$500 million (US$15.9 million), and firms engaging in third-party payment collection and transfer businesses to have a minimum paid-in capital of NT$100 million (US$3.2 million).

The legislation works in favor of banks with their ample liquidity, Lu notes. “The banks are happy about this,” she says. “They don’t want competitors.”

Nor will it be easy for foreign third-party payment providers to enter the market. While big firms like PayPal and AliPay – a subsidiary of Chinese e-commerce giant Alibaba – would have no trouble meeting the FSC’s capital requirements, the bill requires foreign companies to set up a local subsidiary, which would have to obtain approval from the regulator to operate in Taiwan. That may deter PayPal and AliPay from entering the market, analysts say.

PChome chairman Jan Hung-tze has sharply criticized the FSC’s handling of third-party payment legislation. When the FSC assigned the Bankers Association of the Republic of China to draft the bill in December, Jan accused them of “cutting backroom deals.” Banks had reason to skew the legislation in their favor because third-party payment providers would be their competitors, he argued.

The FSC requested the Bankers Association to draft the bill “for reasons of efficiency,” says Thomas Tien-mu Huang, an FSC vice chairperson. After the first draft of the proposal was completed, the FSC invited third-party payment providers and government agencies “to hold relevant meetings,” during which participants were “able to fully participate in the discussion and express their views,” he says.

Wu of IDC believes the FSC is setting the bar too high for new entrants to the third-party payment business but that the reason is straightforward: “They want to protect consumers,” she says.

Perhaps the greatest challenge facing Taiwan’s new payment technologies and platforms is persuading consumers of their benefits. To begin, cash remains king in Taiwan. It accounts for 75% of overall payment transactions, compared to just 30% in Hong Kong and South Korea, according to TWMP. The number of merchants accepting credit cards is rising yearly, notes Ma of Visa, but many small businesses still deal only in cash. “Cash is expensive to print and hard to keep track of,” he says. “The government wants transparency, so we should help Taiwan move away from cash.”

The number of merchants accepting credit cards is rising yearly, notes Ma of Visa, but many small businesses still deal only in cash.

“For people too young or without enough income to apply for credit cards, third-party payments will be appealing,” she says. “It will become more convenient for them to shop online. But for everyone else, there will have to be a good reason to use a third-party payment service instead of a credit card.”

Tsai is more sanguine about the prospects for mobile payments, but expects Taiwanese consumers to warm to them gradually. Currently, only 50% of the island’s mobile users surf the Internet with their smartphones, despite a smartphone penetration rate close to 100%, according to MIC. That odd situation is a legacy of Taiwan’s poor 3G connectivity, which made browsing the Web on a handset arduous without a Wi-Fi connection, she says.

Currently, only 50% of the island’s mobile users surf the Internet with their smartphones, despite a smartphone penetration rate close to 100%

MasterCard found that Taiwanese consumers lack familiarity with mobile payments, suggesting that robust marketing will be needed before significant adoption occurs. At present, about 8% of Taiwanese consumers use a mobile device to make purchases online, according to the credit card giant’s data.

“Mobile payments have strong potential in Taiwan, but consumer habits are not going to change overnight,” concludes Wu of IDC. 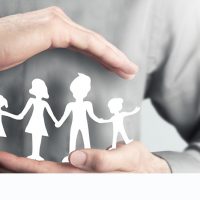 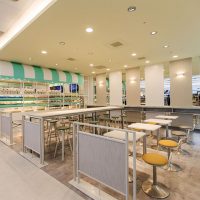