HTC Chairwoman Cher Wang faced some disappointing news as she closed her first month concurrently serving as CEO of the local smartphone maker, which she co-founded in 1997.

For April, HTC reported a steep 39% year-on-year drop in sales and a 2% drop in share price. April income came to NT$13.5 billion (US$440 million), which represented a 33% monthly decline. Once among the world’s top three makers of smartphones, HTC has been confronted by keen competition at the high end of the market from Samsung and Apple, and at the low end from Chinese upstarts Xiaomi and Huawei. HTC recently introduced the Re camera and is entering the market for wearable devices. But in light of the monthly declines, analysts aren’t expecting a quick turnaround for the struggling tech company. 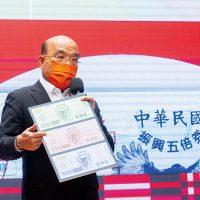