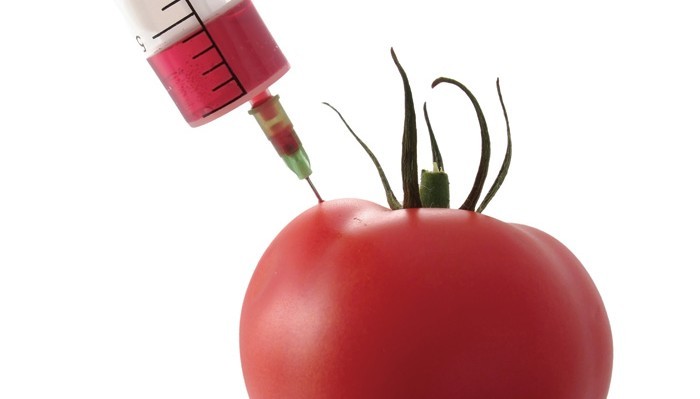 Proponents see an answer to world hunger; critics fear risk to human health and the environment.

Concern over the safety of consuming food with genetically modified organisms (GMO) has increased in Taiwan, as it has in much of the world. Taiwan is a major consumer of soy, annually importing an average of 8 million bushels of soybeans, 95% from the United States, the vast majority of which are genetically modified (GM). In all, Taiwan imports around 67 types of GM food products, mostly from the United States.

In response to the urging of legislators and consumer groups, the government has tightened up rules on GM labeling to ensure that consumers are well informed about what they are eating. Since last year, food products must be labeled if the GM content represents at least 3% of the total, rather than the previous 5%, thereby increasing the number of products that will bear GM labels. The new rules are more lenient than the 0.9% threshold seen in the EU or the 1% threshold in Australia and New Zealand, but are consistent with Malaysia’s and South Korea’s 3% threshold and are actually tighter than Japan’s 5%. The United States and Canada do not require GM labels.

More recently, Taiwan’s Food and Drug Administration (TFDA) came to a compromise decision regarding the labeling of highly refined foods that may be derived from GM raw materials but do not contain proteins or DNA and so cannot be definitively tested as GM. Originally legislators demanded that any processed food that used highly refined ingredients made from GM materials should be required to bear a GM label. Industry countered that such a rule would be very difficult to implement, as these foods contain no traces of GM DNA, and so verification would require manufacturers to trace back every ingredient to its origin, an arduous if not impossible task.

Further, as not even the EU requires labeling for trace GM ingredients in highly refined foods, industry also pointed out the problem of creating Taiwan-unique regulations that would be very difficult and expensive for multinational companies to comply with. The eventual compromise solution calls for labeling to identify first-level highly refined products, such as vegetable oils and soy sauce, made from genetically engineered materials. Second-tier products made from corn syrup or soy oil, including soft drinks or potato chips, would be exempt from the requirement.

The new rule is not scheduled to take effect until December 31 and will need to withstand more comments from industry and civic groups, but the issue seems to have been resolved – for now. With pressure on governments from consumer rights and environmental groups to more tightly regulate or even ban GM foods entirely, however, the broader issue is not likely stay quiet for long.

Few technologies raise emotions like GMOs in the food supply. Arguments pro and con regarding genetic engineering in foods range from predictions that the technology will save the world from certain famine, to warnings that GM foods cause disease and could even result in global “ecocide” ending all life on the planet. Conspiracy theories abound, and headlines about GM foods always seem to include the phrase “shocking truth.”

“Big Ag” in general and Monsanto in particular have replaced “Big Tobacco” and “Big Oil” as the main villain for environmental and social welfare NGOs and pundits. In Europe, widespread disdain for “Frankenfoods” and strict labeling requirements have resulted in the almost complete absence of GM foods from the market.

At the same time, GM foods have contributed to increasing the global food supply, with the United States leading in both production and consumption of GM foods. Americans on average consume an estimated 200 pounds (90 kilograms) of GM foods annually, according to the advocacy organization Environmental Working Group (EWG). Some 94% of corn, 96% of soybeans, and 95% of sugar beets grown in the United States are now GM, as are significant proportions of apples, coffee, grapefruit, papayas, sugarcane, strawberries, and many more foods. Of the processed food sold in America, 80% contain GM ingredients.

Lin Ji-shing, researcher with the Executive Yuan’s Office of Science and Technology, says that GM technology offers clear advantages over conventional crop breeding. With climate change raising the likelihood of drought, for example, scientists will want to create crops that are more heat resistant and use less water, he explains. By inserting the exact gene directly into cells, genetic engineering enables scientists to more precisely develop specific traits in food crops than when done through conventional breeding, which requires multiple generations of cross breeds. “Conventional breeding is very time and resource consuming, very low efficiency,” says Lin. “Genetic engineering is very efficient. This technology is very much needed.”

Proponents of GM foods note that the world’s population will exceed nine billion by 2050, some two billion more than today. Yet the amount of arable land available for food production is rapidly being lost to urbanization, salinization, desertification, and overall degradation, and no more virgin arable land exists to be developed. Every day, 2,000 hectares of agricultural land is lost due to saltwater degradation alone, according to the United Nations’ Institute for Water, Environment and Health, and 800 million people in the world currently suffer from malnutrition. The effects of climate change are also likely to result in changing weather patterns and increasing drought. Proponents see GM crops that are able to withstand higher temperatures and require less water as a key strategy towards maintaining food supplies.

GM foods on the consumer market have been certified by various testing organizations including the U.S. Food and Drug Administration, the U.S. Department of Agriculture, and the Environmental Protection Agency as being safe for consumption and for the environment. According to a Pew Research Center study done in conjunction with the American Association for the Advancement of Science, 89% of scientists believe that GM foods are safe, a higher concurrence than those who attribute global climate change to human actions.

Genes are small segments of DNA that are instructions for building proteins, which in turn build cells and finally organisms. Genetic engineering is the process of manually adding genes to an organism in the hope of including one or more traits, creating a “transgenic” or genetically modified organism. The process begins with determining what traits are to be included in a crop, then searching for an organism that exhibits the desired trait and analyzing the genome of that organism. The gene responsible for the trait is cloned and then transferred into the host via modified bacteria or virus capable of transferring DNA. Another method employs a “gene gun” that shoots microscopic gold pellets covered with copies of the gene into the recipient.

The manipulated gene could come from any living organism, and an animal with the desired trait could supply the gene for a food crop as readily as any other organism. Lin admits that this fact might seem shocking to non-experts, but adds that all living things have DNA and genes, and that many of these genes are shared across species. In fact, humans share 98% of our genes with chimpanzees, 60% with bananas, 44% with fruit flies, and 26% with yeast, according to the European Molecular Biology Laboratory. Scientists note that it is the entirety of the genome that makes each species distinct, not any particular gene.

Nevertheless, critics of genetic engineering term the process “interspecies rape,” describing it as a violation of the species barrier that maintains the natural order. Actually, it remains unclear whether animal genes are used in commercially available seed crops.

While most transfers of DNA occur within a species through reproduction, the transfer of DNA across species, called horizontal gene transfer, also occurs naturally. Recent studies indicate that a bacterium called agrobacterium is able to naturally incorporate its DNA into plants such as sweet potatoes, for example. Bacterial, fungal, and viral DNA can insert themselves into the genomes of plants or animals, and 145 of the 20,000 genes that make up the human genome actually derive from nonhuman species.

Through genetic engineering, scientists have created crops that are herbicide resistant (such as Monsanto’s Roundup Ready soybeans), generate their own insecticides, produce their own vitamins to alleviate vitamin deficiency in poor countries, and may produce bigger yields under less favorable climate circumstances. GM corn is able to tolerate herbicides and express a protein that kills certain insects, while GM potatoes have been developed to resist blight. Hawaii’s papaya industry was rescued from devastating ringspot virus through genetic engineering, and Arctic Apples approved this year don’t turn brown when exposed to the air.

Critics of GM food counter that the genetic engineering process is inexact, as engineers can’t easily control where the gene is inserted into the genome. And as genes don’t operate independently of each other, but in response and reaction to one another, scientists cannot predict what mutations might emerge. By tampering with the basic building blocks of life, critics say, scientists risk unleashing unseen human health and environmental dangers on the world.

Proponents respond that GM crops are tested extensively before being released on the market. “GM foods are the most examined, most scrutinized foods in existence,” says the Executive Yuan’s Lin, noting that unlike conventional foods, GM foods are subject to testing similar to pharmaceuticals.

In a written response to a query from Taiwan Business TOPICS, the Taisun Group, a major importer of GM soy for its vegetable oils, notes that “All GM crops in the market were tested in animal studies, proven GRAS (generally regarded as safe) and registered before releasing.” The reply notes that in Taiwan, agencies follow international standards to inspect for DNA or protein fragments, to identify whether certain crops are GM or not. Organizations that have concluded that GM foods are safe to human health and the environment include the World Health Organization, U.S. National Academy of Sciences, European Commission, U.K. Royal Society of Medicine, and the French Academy of Sciences. A paper in the journal Critical Reviews in Biotechnology in 2013 evaluated research into the safety of GM foods spanning the decade from 2002 to 2012 – some 1,783 studies in all – and concluded: “the scientific research conducted so far has not detected any significant hazards directly connected with the use of genetically engineered crops.”

Many anti-GM foods organizations are not persuaded, with this year’s annual March Against Monsanto claiming that “research studies have shown that Monsanto’s genetically-modified foods can lead to serious health conditions such as the development of cancer tumors, infertility, and birth defects.”

Other GM skeptics note that the absence of evidence is not necessarily evidence of absence – in other words, the fact that science has not yet found evidence of harm from GM crops doesn’t by itself guarantee that problems won’t one day become evident. According to advocacy group Physicians and Scientists for Responsible Application of Science and Technology (PSRAST), “We can definitely say today that there is no scientific basis for maintaining that harmful substances may not appear or are very unlikely.”

Economist Nassim Nicholas Taleb, professor of risk engineering at New York University and author of the book Black Swans that famously predicted the financial collapse of 2008, is co-author of a paper that warns of looming “ecocide” if the genetic engineering of crops is allowed to continue. The paper suggests that GM foods present a “systemic risk” to human health and the environment, since each change to an organism’s genome carries a slight risk of dangerous mutation, with the risk compounded by each genetic modification. “GMOs have the propensity to spread uncontrollably, and thus their risks cannot be localized,” the authors write. 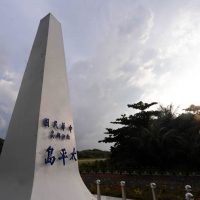 South China Sea: Taiwan Between a Rock and a Hard Place 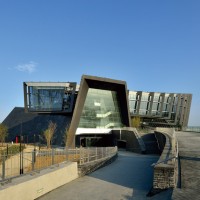 Creating A Taiwan Sensibility in Architecture 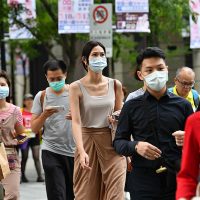