Taiwan highly acclaimed Buddhist Compassion Relief Tzu Chi Foundation on March 16 withdrew its controversial plan to develop an environmentally sensitive piece of land in Taipei’s Neihu District following allegations that the group was trying to steamroll the project over environmental concerns and that it used donation funds to purchase property and stocks.

Tzu Chi had planned to build a logistics center and workshops for disaster relief on the 4.4 hectare property, but critics said that the land was prone to flooding and landslides and should not be subjected to large-scale development. The foundation also said that it would disclose all information on donations received and how the money was spent, as well as invite reputable new board members to help it monitor its activities and improve operations. 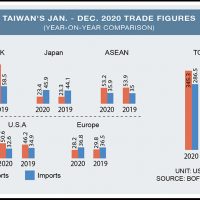