When Taipei mayor Ko Wen-je casually referred to foreign brides in Taiwan as having been “imported,” his words struck a nerve with the some 600,000 foreign spouses living in Taiwan. Several groups including the Trans-Asia Sisters Association loudly protested the mayor’s wording, and the matter took several days to die down.

Ko has a history of making off-the-cuff remarks that land him in hot water, but the reaction provoked by the one word “imported” points to bigger issues than simply a lack of eloquence. Women who have immigrated to Taiwan to marry local Taiwanese are sensitive about any suggestion that they second-class status. Over the past 15 years or so, the government, along with social welfare organizations like the Eden Social Welfare Foundation, has made a great effort to help integrate these women and their children more fully into Taiwan society.

Once little more than baby-making machines obtained through what were often regarded as seedy “marriage brokers,” many of these women have since gained employment, developed language skills, learned the local culture, and become welcome members of their communities.

A change in the law has prohibited “marriage broking” as a business, reserving the function for nonprofit organizations. As a result, the price of the service has decreased from what was formerly NT$300,000-400,000 to around NT$200,000. More importantly, however, is that the parents of the foreign bride now receive a much bigger portion of the money than they did previously.

Rules pertaining to immigration and divorce have also been liberalized. If a woman from Southeast Asia divorces her husband after three years of marriage, she can still remain in Taiwan as a permanent resident. Also, judges in divorce cases – who once nearly always granted custody to the husband – now tend to give priority to the needs of the children, often granting custody to the foreign-born wife.

Although 68% of the brides from outside Taiwan are from the Chinese mainland, the rest are almost all from Southeast Asia, primarily Vietnam, and usually lack Chinese-language skills. Most of them are from underprivileged families in rural areas, and so even if they have the language ability, they often lack the social and cultural skills to navigate Taiwan’s modern urban society.

Eden provides a number of programs, many of them self-development activities, to help the foreign brides adjust. The foundation’s caseworkers also seek to establish a relationship with them and try to look for signs of any difficulties they may be having. There is a helpline for providing assistance in case of spousal abuse or other serious problems.

Whether or not such marriages will succeed often depends on how they began. Those starting as love relationships are far more likely to endure than marriages brokered through an agent, and as

business connections and other links continue to grow between Taiwan and both China and Southeast Asia, the opportunities for authentic love relationships have grown.

Taiwan society has matured, becoming less parochial and more multicultural. Although instances of discrimination still occur, says Sharon Yang, an Eden representative, “people are starting to adapt to others’ cultures and to think of them not just as ‘foreign brides,’ but as members of the community.”

Providing Leadership at a Time of Crisis 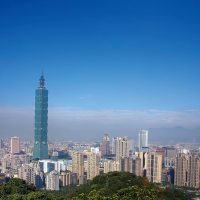 The COVID-19 Epidemic and Taiwan’s Future 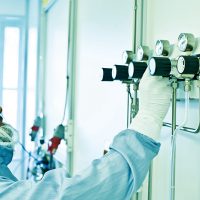