Time is running out for a solution to avert bankruptcy and total takeover by the government.

Hurtling along at speeds of up to 300 kilometers per hour, Taiwan’s High Speed Rail is a marvel of modern technology and convenience, shuttling travelers between Taipei in the north and Kaohsiung in the south – a distance of 320 kilometers – in less than two hours for NT$1,630 (around US$52).

The seven-year-old rail system is also massively in debt, however. Built at a cost of US$17 billion, it is Taiwan’s most expensive infrastructure project ever, and saving it from insolvency and government takeover has become a political hot potato tossed between the executive and legislative branches of government. A rescue plan devised by then Minister of Transportation and Communication Yeh Kuang-shih was roundly rejected in January by both major parties in the Legislative Yuan, prompting Yeh’s resignation.

No one suggests that the high speed rail line will be abandoned, and whatever happens, the entire process will likely take years to resolve. The main current concern is whether a solution can be found that avoids a huge financial burden on the government and reversal of the longstanding trend toward greater privatization in the interest of corporate efficiency.

In the meantime, dozens of lawsuits against the beleaguered Taiwan High Speed Rail Corp. (THSRC) have been proceeding through the courts. In one major case, Taiwan’s High Court on March 3 decided for the plaintiffs – THSRC investors China Development Financial Holding Corp. and Continental Holdings Corp. – ruling that they have the right to redeem billions of NT dollars in premium shares. Redeeming the entire NT$53.3 billion in outstanding premium shares would bankrupt the company, though in that eventuality the claims of holders of premium shares have priority over those of owners of common stock (but behind banks and other creditors).

“I’m very pessimistic because the longer it takes to solve the problem, the greater the likelihood that the government will need to take over the company,” Yeh told Taiwan Business TOPICS. “If the government has to take it over, it will be very messy.”

The high-speed rail went into service in 2007, after nearly a decade of construction, and from many standpoints has been a great success. On-time performance stands at 99.38%, and annual ridership has increased from dismal beginnings to a relatively healthy 58% of capacity, with more than 47.5 billion riders per year. For 2013 (2014 numbers haven’t been released yet), the THSRC reported NT$3.29 billion in profits on NT$36.1 billion in revenues, up 6.24% from 2012. The number of stations is set to be increased from eight to 12, with three new stations coming online in 2015.

But ridership has never come close to expectations, averaging 130,000 daily, compared to estimates of 240,000 in the original feasibility study. And only a change in accounting methods – calculating depreciation in proportion to ridership instead of using traditional straight-line depreciation – allows the company to register any profit at all. Yeh says the company cannot continue using that accounting technique indefinitely, and “if you use straight-line depreciation, every year it loses maybe NT$5 billion to NT$10 billion.”

Technically, the company is already broke because the net value is below zero, he adds. “It is only solvent because the shareholders say it is.”

Moreover, THSRC’s concession – the period in which the company has operational control over the Taiwan’s high speed rail under its Build-Operate-Transfer (BOT) agreement – is set to run out in only 18 years. With the company having NT$457 billion in liabilities, according to the balance sheet THSRC reported for 2013, it is clear that THSRC’s investors will see losses at the end of that period.

Yeh’s proposal would have extended THSRC’s concession period by 40 years for a total of 75, easing its depreciation burden and helping the company to get out from under its accumulated debt load. The plan called for THSRC to reduce capital by NT$39 billion by forcing common-stock holders to take a 60% hit on their total of NT$65.13 billion in equity, while also redeeming NT$40 billion in preferred shares and raising NT$30 billion from the sale of new shares.

“We want to inject NT$30 billion in new capital,” says Yeh, with NT$20 billion injected by government-controlled financial institutions and “a little bit from the original shareholders.” NT$10 billion in shares would have been open to the public, with “every citizen entitled to purchase some.”

Unfortunately, Yeh’s attempt at compromise appeared to be the proposal’s undoing. News reports quoted Democratic Progressive Party (DPP) chair Tsai Ing-wen as criticizing Yeh’s proposal as providing “major benefits in the amount of hundreds of billions of Taiwan dollars” to “certain individuals” in a black-box transaction. DPP legislator Kuan Bi-ling labeled the proposal as collusion between government and big business, hammered out in closed door negotiations, that would continue to benefit the five original shareholders at the expense of government and the public.

According to news reports, reduced depreciation and interest charges as a result of extending the concession by 40 years would save the company up to NT$7.1 billion a year. NT$4 billion of these savings were reportedly intended as investment returns, with the rest benefiting the public through fare discounts. The proposal estimated a 5.9% average annual return on investment for new shareholders, and also included NT$150 billion for new “rolling stock” (locomotives and cars) and NT$200-NT$300 billion for facility maintenance over the next five decades.

Despite the stated benefits, the reception the proposal received from Kuomintang (KMT) legislators was not any warmer than from the opposition. Several KMT lawmakers questioned the validity of offering a 5.9% return from investment in the troubled firm, and suggested that any returns should go towards reducing fares further.

In mid-February, the new president of THSRC, Victor Liu, offered his own proposal for restructuring the company. It is quite similar to Yeh’s, but with one important difference: it calls for all of the new shares to be released to the general public. Yeh cautions that this proposal would complicate the process, and that having multitudes of small shareholders might allow the original investors to retain control over the company.

Taiwan’s high-speed rail has been contentious from the start. Originally conceived in the early 1990s during Taiwan’s boom era when economic growth rates were in the 8-10% range and the “Taiwan miracle” was in full swing, the project was considered essential to connect the southern industrial sectors in Kaohsiung with the northern management and financial hubs in Taipei.

Two consortiums bid on the project: the Chunghwa High Speed Rail Consortium (CHSRC) and the Taiwan High Speed Rail Consortium (THSRC), comprised of such large Taiwanese groups as Continental, Evergreen, Fubon, TECO, and Pacific Electric Wire & Cable. More than NT$250 million separated the two bids, with the CHSRC version calling for the government to put NT$150 million into the project, while the THSRC proposal involved no government investment, and in fact promised that the THSRC would pay the treasury NT$100 million over the course of the concession. Unsurprisingly, the THSRC bid won the day.

“On day one, when they won the bid, their financial structure was seriously defective,” asserts Yeh. The consortium injected only about NT$26 billion of its own capital into what was then estimated to be a NT$400 billion-$500 billion project, forcing it to borrow substantial amounts at the high interest rates in effect at the time. But even at those rates THSRC was unable to find lenders for so much capital, and the Taiwan government felt obliged to step in to save the project, offering over NT$300 billion in guarantees for loans and asset purchases.

Yeh faults the government for failing to fully investigate the sustainability of the bid. “The reviewing board did not spend enough time to check why these two bids would have a difference of NT$250 billion,” he says. “That was the original mistake.”

In addition, the concession time of 35 years, including a decade for construction, was also “definitely not feasible,” observes Yeh, as there was little chance that THSRC could recoup its investment and pay back its loans within only a few decades of operation.

The original backers of the project also proceeded on the basis of some wrong assumptions, going forward just as Taiwan’s economic growth was slowing and China was beginning to open up. Much of Taiwan’s industrial capacity was being relocated to the China mainland, along with substantial numbers of the business professionals who had been expected to comprise the majority of high-speed rail’s riders.

​But all that is clearer in hindsight. Looking ahead, both major political parties and both the Executive and Legislative Yuans seem content to kick the can a bit further down the road for a new government to deal with in 2016. 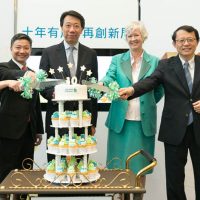 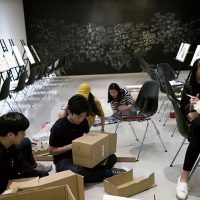 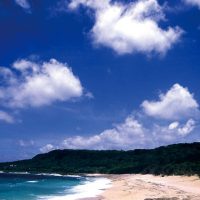