Quincy Davis III may not look like a typical Taiwanese, but the 6’8” former Tulane University basketball star is in fact a citizen of the Republic of China.

In June 2013, the Los Angeles-born, Mobile, Alabama-raised Davis gave up his U.S. citizenship to accept ROC nationality, enabling him to play on the Chinese Taipei national team. While many might find his decision surprising, the onetime center for Tulane’s Green Wave, who garnered 1,106 points and 559 rebounds during his four-year college career, says it was actually easier than he thought and he remains comfortable with his choice.

“I went into AIT and they asked me, ‘Are you sure you want to do this? Nobody’s putting a gun to your head? You’re not trying to evade taxes, are you?’” he recalls. “Then the guy asked me, ‘Why do you want to give up citizenship in the greatest country on earth?’ I was like, ‘Do you see the color my skin? Do you see what’s going on on TV and in the news?’ And he said, ‘Okay I understand.’”

Three days later he received a document certifying that he was no longer a U.S. citizen.

Before his journey took him to Taiwan, Davis had roamed far and wide trying to stake out a place in the game he loved, playing in locales ranging from Cyprus to Venezuela to Portugal and China. After five years, he felt dispirited and returned to the United States. He had pretty much given up on basketball and was in training to be a paramedic when a call came in: a team in Taiwan was interested; could he be on a plane in two days?

“Then the guy asked me, ‘Why do you want to give up citizenship in the greatest country on earth?’ I was like, ‘Do you see the color my skin? Do you see what’s going on on TV and in the news?

Davis says his first reaction was “where’s Taiwan?” Still, he was curious enough to take up an offer to check it out for a ten-day stint. That ten-day stint has so far turned into a four-year career with the Pure Youth Construction team in Taiwan’s Super Basketball League (SBL). The “Builders,” as they are known, have won three SBL championships with Davis and are currently in the finals for a fourth.

The Chinese Taipei national team has also performed much better with Davis as center. It did well in the 2013 William Jones Cup in Taiwan, took fourth place in the International Basketball Federation (FIBA) 2013 Asia Championship and rose to second place in that tournament last year. Davis scored 19 points and grabbed 12 rebounds in the final loss to Iran.

Although Davis is sitting out the SBL championship this year with a back injury, he still feels his decision to take Taiwanese citizenship was the right one. He points to the warmth of the people in Taiwan and their sense of fairness.

“This country wants to embrace me, and so far they’ve taken me to heart, and taken to heart the views of MLK (Martin Luther King Jr.) to only be judged by the content of your character, not the color of your skin,” he says. “They’ve done that, they follow that principle. They say ‘that Davis guy, he’s a nice guy, and he’s a black guy.’” 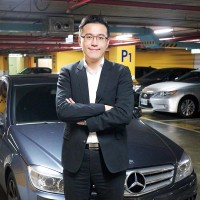 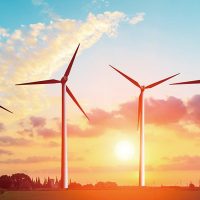 Making a Hub in Wind Power and Technology R&D 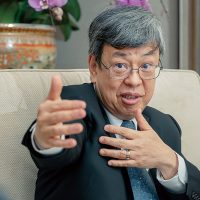