With the iconic Grand Hotel in the background, a flight lands at Songshan Airport.

The recent plane crash in the Keelung River has renewed calls for closing the airport earlier than the planned target of 2030.

The existence of an airport taking up 400 hectares of prime real estate right in the middle of Taipei City has for decades annoyed a great number politicians, city planners, opinion leaders, and nearby residents – while also being appreciated by many travelers for its convenience.

But after Taipei International Airport (commonly called Songshan) made world headlines on February 4 when a TransAsia Airways ATR72-600 turboprop plane crashed into the nearby Keelung River minutes after taking off from its 2,605-meter-long runway, killing 43 people and injuring 17 others, momentum has been growing for closure of the airport earlier than the government’s current target date of 2030. The critics say that the flights served by Songshan should instead be operated from Taiwan Taoyuan International Airport, Taiwan’s biggest airport and only an hour’s drive from downtown Taipei. Flights currently served from Songshan consist of domestic routes, including those to Taiwan’s outlying islands; flights to several mainland Chinese cities, including Shanghai; and such regional destinations as Tokyo, Seoul, and Ho Chi Minh City.

Among the most influential figures now calling for an early closure of Songshan is Lai Chen-I, Chairman of the General Chamber of Commerce of the ROC. “Songshan is in the center of Taipei, and from the TransAsia crash, we clearly see it’s a very dangerous airport,” he says. “The runway is too short, and the development of our capital city is seriously hindered by height restrictions on buildings because of Songshan.”

Lai urges development of the site for offices, shopping malls, and logistics centers, enabling it to become “an Asian operations center for Taiwanese businesspeople and their ethnic Chinese peers from all over the world.” In his opinion, the area should not be used for new housing, which “would better be located in such other cities as Taoyuan, New Taipei, and Keelung that have good transportation linkage to Taipei.”

Built in the 1930s during under Japanese colonial rule and divided into a civilian sector and an air force base since 1950, Songshan handled all domestic and international flights until the Taoyuan airport’s inauguration in 1979 turned it into a purely domestic hub. The launch of the Taiwan High Speed Rail in 2007 caused a drastic drop in both the passenger and load volume at Songshan, delivering another blow to the rationale for its continued existence. At the same time, the strengthening of social movements in Taiwan emboldened residents of the nearby community to complain about the airport’s noise. The issue tended to heat up shortly before each mayoral election in Taipei and to die down right afterward.

A major new development came in the run-up to the 2010 mayoral election, when incumbent Hau Lung-bin and President Ma Ying-jeou, both of the ruling Kuomintang (KMT), announced plans to rejuvenate the aging downtown hub by converting it into a major cross-Strait terminal, while also serving other regional “city airports” such as Tokyo’s Haneda and Seoul’s Gimpo. Hau and Ma stressed the benefits for internationally isolated Taiwan of being part of “Northeast Asia’s Golden Business Triangle” and enabling Taipei-based businesspeople to easily make one-day round-trip visits to Shanghai, Seoul, or Tokyo. Hau’s opponent in the mayoral race, Su Tseng-chang of the Democratic Progressive Party (DPP), resorted to citing out minor flaws in the airport. He decried slow conveyor belts, overpriced tickets, and cockroaches in the noodle soup at the Songshan canteen, but he lost the election and the upgrading of the airport proceeded.

“The Executive Yuan in November 2012 approved the ‘Capital City Business Airport – Domestic Flight Hub’ plan to promote the aviation industry, create jobs, and enhance urban competiveness,” says Luo Wen-hui, an officer with the Civil Aeronautics Administration (CAA). “As Taoyuan airport has reached its capacity limits, it is unable to absorb transfer traffic from Songshan, and furthermore it lacks the necessary hangar space and logistics facilities.”

Luo notes that the planned construction of Taoyuan’s third terminal and third runway will remedy all these shortcomings, enabling Songshan’s operations to be moved to Taoyuan by 2030. Construction of the new terminal and runway is scheduled to start in 2016 and be completed in 2020. The project is the heart of the proposed Taoyuan Aerotropolis, a massive mixed-use development centered around the Taoyuan Airport.

There is no need to demand an even earlier cessation of operations at Songshan, says Iris Hsu, an associate professor at Kainan University’s Department of Air Transportation. Although the ill-fated TransAsia plane apparently nearly crashed into a cluster of large residential buildings, she stresses that the accident was not about Songshan’s location per se but rather due to other factors including airline management, pilot training, and engine problems related to maintenance. According to preliminary findings, the plane’s remaining good engine was inadvertently shut off after the other one went idle, meaning the crash was the result of pilot error.

“Songshan is a city airport, and there are other safe city airports around the world,” Hsu says.

“The CAA’s 2030 timeframe is reasonable because air traffic to and from Taiwan is increasing due to growing cross-Strait tourism, the proliferation of low-cost carriers, as well as the increase in air traffic in Asia in general.”

Cherie Lu, associate professor at Chang Jung Christian University’s Department of Aviation and Maritime Management, agrees that the airport has still a role to play in Taiwan’s aviation landscape “as long as its marketing positioning is done well and environmental limitations are clearly enforced.” Lu has done extensive research on Songshan’s noise pollution issues. “The airport and the CAA have done a lot to alleviate the impact of noise” by adopting noise mitigation measures and imposing fines on violators, she says. She notes that a curfew banning late-night flights has succeeded in curbing the problem of sleep disturbance in the neighborhood.

Lu recommends, however, that anti-noise insulation work be accelerated in buildings near the airport, especially for schools, hospitals, and residential buildings. Subsidies are available for the sound-proofing of doors, windows, ceilings, and air conditioning, paid for with the funds collected through the noise charges paid by airlines.

While aviation experts support keeping Songshan in service until the expanded facilities in Taoyuan are ready, healthcare specialists have a different opinion. Peter W.S Chang, a professor at Taipei Medical University and senior advisor to the Ministry of Health and Welfare, says the problem is not only noise but also air pollution, as “the airplane engines certainly contribute to the high PM2.5 level in the city.” PM2.5 stands for particles small enough to penetrate deeply into the lungs.

Chang says he hopes a comprehensive scientific study will be conducted on Songshan’s impact on public health, especially in the aftermath of the TransAsia accident. Besides the anxiety long induced by the noise from aircraft, he notes, now people worry about the possibility that a plane may crash into their building. “This is a development that clearly affects the health of many residents, and Songshan should be moved earlier than 2030 because of this.”

Chairman Lai of the General Chamber of Commerce agrees that another 15 years of operations at Songshan, as the CAA plans, would be way too long. Given that the Taipei MRT system will connect to the Taoyuan airport at the end of this year, allowing passengers to get from Taipei Main Station to the Taoyuan Airport in 32 minutes, “Songshan can be closed within the next five years,” he contends.

Lai adds that the closure of Songshan could even help in narrowing the regional wealth gap in Taiwan “if Songshan’s air traffic is diverted not only to Taoyuan but also to Taichung and Kaohsiung.” He also cites the estimated NT$100 billion that sale of the Songshan Airport land would bring into the cash-strapped national treasury.

“After closure, the land should be auctioned off to all sectors of our economy, but not under the Build-Operate-Transfer (BOT) contract model for public works,” he stresses. “BOT has become widely mistrusted in our society, as it entails deals between the government and enterprises that the public and the media misunderstand because they do not understand the related laws.”

Lai’s comments come amid new Taipei City Mayor Ko Wen-je’s efforts to investigate local BOT projects for malfeasance. Since taking office, Ko has reopened contract terms on the Farglory Construction Company’s Taipei Dome project and other BOT cases that had been negotiated under his predecessors. BOT deals elsewhere in Taiwan that have been causing headline-grabbing controversy include the Taiwan High Speed Rail, the Aerotropolis project around the Taoyuan airport, as well as Taichung’s planned Taiwan Tower. 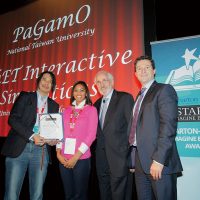 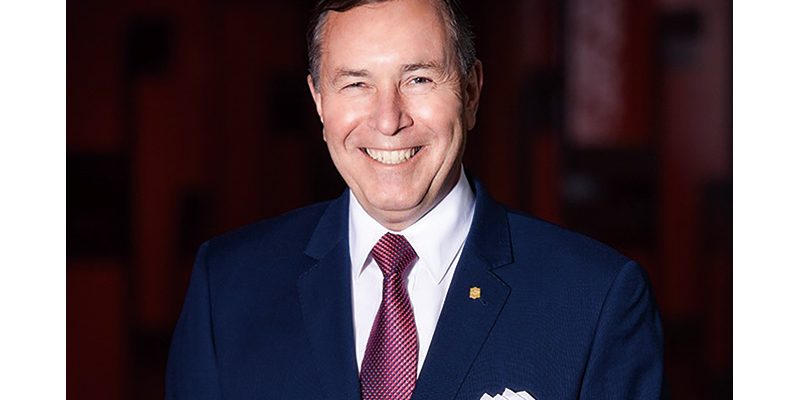 When Randy Zupanski, Area Manager for the Shangri-La’s Far Eastern Plaza Hotels in Taipei and Tainan, interviewed for his first post as a hotel manager...