Economist John Anderson observed at a recent AmCham luncheon that the Taiwan economy in recent years has been a rather lackluster performer compared with regional peers, but on the other has avoided many of the financial problems besetting its neighbors, such as unsustainable credit booms and sharp currency depreciations, and delivers solid if unremarkable economic performance year in and year out.

The latest numbers seem to bear him out.

Taiwan’s February numbers on a monthly or yearly comparison are skewed due to the annual Chinese New Year, which this year occurred from February 18 to 23, resulting in two fewer working days in February compared to last year. Looking at the combined figures for January and February still results in rather diminished numbers, however. Total trade fell 2.3% in New Taiwan dollar (NT$) terms, but dropped 6.9% in US dollar terms, reflecting a strengthened US dollar. The NT dollar value against the US dollar fell to NT$32 in early January, before strengthening to NT$31.5 by the end of February. Total trade for the first two months of 2015 stood at US$80.6 billion. Exports, at US$44.98 billion, posted a yearly decline of 1.3%, while imports saw an even bigger drop by 13.2%, to US$35.619 billion. The latest figures for Taiwan’s leading indicators are for January and most come in positive. The National Development Council (NDC) reports that Taiwan’s business climate indicators flashed green in January, an improvement over the “yellow-blue” of a month earlier. Industrial production was up 8.14% year-on-year, the 12th consecutive month of increases, according to the Ministry of Economic Affairs, which also noted that export orders, an indicator of future sales, rose in annual comparisons by 8%, to US$39.04 billion, a recent peak. The NDC’s PMI (Purchasing Manager’s Index), a barometer of the health of the manufacturing sector – with a score above 50 indicating growth – dropped 5.7 points from January to February, to 47.8 from 53.5, also reflecting the shorter work-month.

Taiwan’s Directorate General of Budget, Accounting, and Statistics (DGBAS) now forecasts GDP growth of 3.78% for 2015, up from 2014’s 3.5%, helped by a depreciating NT dollar that should stimulate exports as well as cheap oil that is revitalizing consumption. The Taiwan Institute for Economic Research (TIER) raised its forecast for 2015 to 3.67%, and economic forecast organization Focus Economics puts growth at 3.7%, but Taiwan’s Chung-Hua Institution of Economic Research (CIER) sees growth at a more modest 3.5%, citing continuing weakness in global markets.

Comparatively, major trade partner China is looking at 7% growth for 2015, according to most economists, the slowest growth in decades, while the Bank of Korea slashed its 2015 forecast for South Korea to 3.4% on global weakness. Anderson attributes much of Taiwan’s stability to an economy that is buffered from global shocks, allows for good liquidity, and has excellent current account and offshore balances. According to Taiwan’s Central Bank (CBC), in the fourth quarter of 2014, the overall balance of payments recorded a surplus of US$1.82 billion, and the current account posted a quarterly surplus of US$19.18 billion and US$65.34 billion for all of 2014. Taiwan’s foreign exchange reserves stood at US$415.9 billion, down slightly from January 2014’s US$416.9 billion, according to the CBC.

The DGBAS reports that unemployment remained low in February at 3.69%, and the consumer price index (CPI) fell slightly year-on-year, by 0.19%. According to the Ministry of Labor, Taiwan is forecast to add 45,100 new jobs to the economy in 2015, mostly in manufacturing and services, and the Financial Supervisory Commission (FSC) says its survey of listed companies showed that more than 55% are likely to raise salaries in 2015. 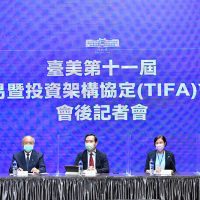 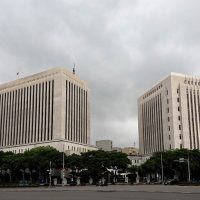