Despite controversy and heavy fines, Uber persists in seeking its niche in the Taiwan market.

Since the market launch in Taiwan of ride-sharing service/mobile app company Uber in mid-2013, the company has seen impressive growth on the island. Both ridership and the driver pool have increased by an average of 30% a month, according to the company, and more than 1,000 drivers are now providing over 100,000 rides a month. Many consumers seem to appreciate the chance to use a mobile app to arrange for transport – often a luxury model at that.

As has happened in many markets that the company has entered, however, Uber’s stellar rise has taken regulators off-guard, and its ambiguous legal status has resulted in a number of conflicts with the authorities. As of January 17, Uber has been fined in Taiwan 133 times, for a total sum of NT$16.5 million (US$522,000), for violating the Highway Act and the Automobile Transportation Management Regulations for operating as an “information company” rather than a “transportation business.” Moreover, Uber’s drivers – mostly luxury-car owners with some time to spare and a need for additional income – have been slapped with fines totaling NT$6.6 million (US$209,000) for not holding the required commercial drivers’ licenses. Founded in San Francisco in 2009, Uber has since begun operating in some 200 cities in over 50 countries, and has amassed a valuation of a whopping US$40 billion. However, Uber’s stellar growth has come at a cost, with the company experiencing controversy and opposition in nearly every market it has entered. It has been banned in Spain after complaints by taxi drivers, as well as in New Delhi, India after an alleged rape committed by one its drivers. Uber drivers have been accused of rape in the United States, too, and during the Sydney hostage crisis last December, Uber received negative publicity for abruptly raising prices, seemingly to exploit commuters’ fear of public transportation.

Uber’s troubles worldwide stem in large part from its insistence that it is a hugely innovative software company rather than a transportation business – the same issue that plagues it in Taiwan. Repeating the combative stance the company has taken in other countries, Uber initially responded to Taiwan’s regulators with defiance, blasting the Ministry of Transportation and Communications (MOTC), the regulator for transportation businesses, for “outdated thinking” and for “opposing the tech revolution.”

But more recently, the Taiwan branch has been striking a more conciliatory note, just as Uber’s headquarters has begun doing elsewhere. For example, the Wall Street Journal in late January reported on a speech in Munich by Uber CEO Travis Kalanick that was filled with talk about compromising with regulators he once sparred with. “We had some constructive conversations with different government organizations over the past several weeks,” says Uber Taiwan general manager Gu Li-kai. “Before we went into those meetings, there might have been several misconceptions and miscommunication, but now we feel that we are on the right track.”

Uber’s troubles worldwide stem in large part from its insistence that it is a hugely innovative software company rather than a transportation business – the same issue that plagues it in Taiwan.

Gu says that several initial sources of friction are now being overcome, such as the question of whether Uber’s drivers are sufficiently insured and vetted. According to Gu, before the recent conversations, Taiwan’s regulators were unaware of Uber’s measures requiring sufficient insurance coverage of Uber cars and the thoroughness of the background checks conducted on its drivers, which the company says actually exceeds those for Taiwan’s taxi drivers. For example, while Uber does not accept drivers having any sort of criminal record, those with criminal convictions older than “five to seven years,” depending on the offense, may be licensed as taxi drivers. (Certain offenses such as tax evasion are excluded from consideration). “We feel that we already have the strictest procedures in the transportation industry here, but if there are some new suggestions on what to add, we are obviously open to them,” Gu says. As to the authorities’ core demand that Uber register as a transportation business rather than an information business, however, the company’s actions continue to suggest that its position is unchanged. In an email reply to a query from Taiwan Business TOPICS, the MOTC said Uber continues to “illegally recruit drivers on the Internet” and to evade registration fees. The MOTC stressed that during a meeting between Uber and the Executive Yuan in late December, the vice premier made clear that Uber cannot expect any special treatment.

Unsurprisingly, the main force pressing for a tough stand toward Uber by the government – both the MOTC and the Ministry of Economic Affairs (MOEA), which is responsible for overseeing the information business sector Uber says it properly belongs to – are the local taxi companies and alliances. Their primary complaint is that while taxi drivers must pay licensing fees to the government, neither Uber nor Uber’s drivers do the same. They further protest that while their drivers must prepare for and pass a test to become licensed, drivers connected with Uber can operate without having to go through that process.

So strong is opposition to Uber that local media report that certain taxi companies are even offering bounties on Uber drivers. Reportedly, these companies are willing to pay NT$500 to people who provide firm evidence that Uber is still operating in Taiwan, including a picture or video of a Uber car’s license plate, a screenshot of a confirmed dispatch order on the Uber app, a bill for the transaction, and a confirmation slip from the motor vehicle office after filing the report. The association has reportedly raised NT$500,000 to fund the bounty scheme, and the offer stands until the end of March.

Arguably Uber’s second most formidable non-government critic is the Consumer Foundation (CF), which says it looked into Uber’s services in January and found several problem areas. “If the driver has cheated the rider, for example by taking an extra-long route, Uber will say that it’s only a mobile-app matchmaking platform, with no responsibility whatsoever” for the driver’s actions, says CF Vice Chairman Yu Kai-hsiung. “And they don’t even have a telephone number here in Taiwan, meaning there is no real channel for complaints from Taiwanese consumers.”

Yu adds that Uber’s privacy policy is available in English language only, and that Uber takes the liberty of changing fares without prior notification, a practice in breach of the Automobile Transportation Management Regulations. Uber’s fares are continually adjusted according to level of demand, while Taiwan’s taxi drivers are prohibited from adjusting fares under any circumstances.

Gu counters, however, by noting that every move by a Uber car is GPS-tracked, and that no cash ever changes hands between rider and driver in Uber’s credit-card-only transactions. In the event of a dispute between rider and driver, “Uber is able to look at concrete facts and data,” something a traditional taxi company could not do, he says. “The most common issue that might arise is that the rider feels unfairly charged because the driver took a wrong route. But since all payments are done electronically, we, unlike a taxi association, will be able to directly refund the rider’s credit card.”

As to the lack of a telephone complaint hotline, Gu stresses that emails are replied to “within 24 hours.” He adds that Uber detects the language setting on a user’s smartphone, so that “a rider will always see everything [on the app] in the language he is most comfortable with.”

Indeed, the CF’s Yu acknowledges that in the one-and-a-half years Uber has been operating in Taiwan, the foundation has not received a single consumer complaint related to the service. “I don’t deny that Uber is an outstanding app platform,” he says. “I just hope they will comply with Taiwan’s consumer rights protection laws.” Local scholars who have been observing the case expect that Uber and the authorities will soon come to an understanding. Tu Meng-ru, a professor of transportation science at National Taiwan Ocean University with a particular research focus on e-commerce and logistics management, predicts that Vice Premier Simon Chang – who formerly served as the Minister of Science and Technology and before that as Google’s Asia-Pacific Infrastructure Chief Operating Officer – will be the major force in working out an accommodation.

“If it could combine O2O and Taiwan’s high smartphone penetration rate as craftily as Uber has been doing, Taiwan’s offline service sector could be a lot more successful.”

“Taiwan has record-high penetration rates for Facebook, Google, smartphones, and so forth, and the government wants to learn from such innovative software companies,” says Tu. As a result, he expects the government to adopt a policy of accepting Uber as long as the company more strictly obeys Taiwan’s laws and pays regulatory fees.

Daniil Matzkuhn, a Taipei-based tech-blogger, says the authorities are particularly curious to learn how Uber has been able to perfect the online2offline (O2O) business model of finding consumers online and connecting them to real world goods and services. “If it could combine O2O and Taiwan’s high smartphone penetration rate as craftily as Uber has been doing, Taiwan’s offline service sector could be a lot more successful,” he says.

Tu recommends that Uber include taxi drivers in its driver pool to appease the taxi unions, “which do have some influence in elections” He also suggests that Uber’s headquarters give more autonomy to its Taipei branch. “If they manage to localize like Toyota in the U.S. or like McDonald’s here in Taiwan, then we will see a good end to the story,” Tu says. He sees such localization as taking the form of cooperation with the local taxi associations to offer services that are safely and conveniently arranged electronically, while being cheaper than the regular, high-class Uber cars. Tu regards such an outcome as a win-win-win situation for the taxis, Uber, and consumers.

“The more attractive options the Taiwanese consumer has, the better.”

Judging from a February 4 announcement by the MOTC, the government is also looking at ways of adapting in response to the Uber challenge. The ministry said it is mulling a classification system for taxi fares that would divide the vehicles into general and premium tiers. Obviously inspired by what Uber has been doing, the system would regard only relatively new vehicles with larger engine displacements as qualified for premium status. MOTC envisions a fleet of around 800 to 1,000 Mercedes Benz, BMW, and Lexus taxis, with fares allowed to exceed those of the general models, comprised mostly of Toyota Camrys. The new service would be available only in Taipei and New Taipei City, “due to their citizens’ relatively higher standards of living,” the ministry said.

Uber’s Gu says that such a premium taxi fleet would pose no threat to Uber’s popularity. He welcomes the MOTC initiative, he says, since “the more attractive options the Taiwanese consumer has, the better.” 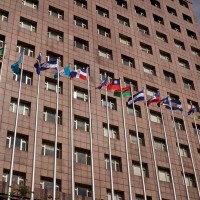