The rising stars in the Taiwanese startup scene are an eclectic mix of young tech firms, spanning the restaurant, retail, media, and education sectors. The one thing they have in common is a global distribution plan.

Imagine a kid’s tea party – and then make that experience more real with smart toys. That’s how Jason Warren, the American founder of the Taipei-based children’s entertainment studio Roam & Wander, describes the concept behind this up-and-coming startup that is backed by WI Harper, TMI Ventures, and 500 Startups.

Warren is a Silicon Valley veteran who formerly worked for Microsoft and Motorola before arriving in Taiwan in 2010 to take an executive position at HTC. In 2012, he joined the TMI incubator as an entrepreneur-in-residence and founded Roam & Wander. Warren says he chose to base Roam & Wander in Taiwan because “people do great work at a reasonable cost” and “the quality of life is outstanding.” He also believes Taiwanese software capability is stronger than ever, complementing the island’s longstanding hardware prowess.

Roam & Wander’s flagship products are the stuffed pink rabbit TuTu and stuffed brown bear DiDi. Kids can bring the animals to life by downloading their respective apps from the iOS store and then inserting their iPhones or iPads into the creatures’ heads. That brings the stuffed animals to life: they will not only talk but also eat and drink if given toy foods and beverages.

“Play is very important to a child’s intellectual and social development,” says Warren, who has a young daughter. “We think kids should spend time engaged in physical, creative play with toys rather than just sitting and tapping away at a screen.”

Warren believes Roam & Wander’s “freemium” business model distinguishes it in the increasingly crowded smart toy sector. There is no charge for playing the iPad app “Sticker Games” featuring TuTu and DiDi. And the physical stickers that Roam & Wander rewards players with – mailed to them from the company headquarters in Taipei – are also free. But once kids get the stickers, they start thinking about owning a physical TuTu or DiDi doll, each of which retails for about US$40 online or in stores.

Children’s ownership of the stickers shows retailers that the dolls have a customer base, Warren says. The strategy has borne fruit thus far. Roam & Wander has established retail partnerships with France-based FNAC, Amazon, Toys “R” Us, Studio A, and retailers in China. TuTu also won the award for Best New Toy at the Hong Kong Game and Toy fair in September 2014.

Taipei-based media startup The News Lens thinks big. Less than two years old, it aims to become the top new media company in Taiwan by offering a compelling alternative to the tabloid fodder that dominates the mainstream.

With the News Lens, Chung and his partner, editor-in-chief Mario Yang, a former senior editor of Taiwan’s Business Weekly, say they identify important news and then offer objective analysis that lets readers view it from a larger perspective. The site’s content is derived from other news sources as well as generated by a team of freelance writers.

“I’m not a media person, per se,” says Chung, who has not previously run a media company but has written six Chinese-language books and reported for the Taipei Times for a year. “But my partner and I saw an opportunity to bring a more contemporary news platform to Taiwan that makes heavy use of video content and social media.”

Chung and Yang launched the News Lens as an aggregator on Facebook in June 2013 and then as a website two months later. Since that launch, the News Lens’s website has grown to 4.5 million unique visitors a month and 9 million page views, a growth rate that Chung says is three to five times faster than the company predicted.

In addition to appearing on its main site, video content from the News Lens is broadcast onto screens in taxis, convenience stores, and the Kaohsiung MRT. That content, which does not exceed two minutes, is tailored to young Taiwanese professionals on the move, “people who don’t have time to read the news,” Chung says.

That funding helped the News Lens gain a stronger foothold in Taiwan. Now it has its sights set on international expansion. Hong Kong will be the first new market, as the former British colony uses the same system of traditional Chinese characters as Taiwan. In the future, Chung envisions expansion to Singapore and Malaysia.

WritePath is a Singapore-registered startup headquartered in Taipei that operates TopAdmit.com, TopScIedit.com, and BizEditors.com – three online editing services focused on college admissions, academic research, and enterprises, respectively. While the company has no full-time editors, it says it uses a team of experienced freelancers “highly trained across management, academia, engineering, and other specialized disciplines.”

WritePath’s first site, TopAdmit.com, was founded in 2009 to help students with their college admissions essays. Since that time, the site has grown fast. In the 2013-2014 admissions cycle, TopAdmit.com served clients from 22 countries and revenue grew 50%.

“It began as a passion for educational services,” says founder and chief executive officer Charles Chin. “We help students to highlight their qualifications and talents in a way that is compelling to an admissions committee.”

Compared to Peterson’s EssayEdge, a major competitor, TopAdmit.com is more globally oriented, Chin says. He believes EssayEdge is focused on the U.S. education market and is less convenient and effective for students who are not native English speakers. “We are very interested in Asian markets, where we see high growth potential,” Chin says. “Mainland China is obviously important, but so are South Korea, Japan, and Southeast Asia.”

Meanwhile, TopSCIedit.com, founded in 2012, helps professors and researchers get published in “renowned research journals,” says Chen. TopSCIedit.com has currently set a target of placing one million research papers per year in Asia.

WritePath’s newest service is BizEditors.com, a crowd-sourcing translation platform that translates to/from Chinese and almost any other language.

In June 2014, WritePath announced it had raised US$525,000 in seed funding led by Japan’s B. Dash Ventures, which it plans to use to establish offices in Japan, Korea, and the United States. Other investors included Pinehurst Advisors, Jamie Lin of AppWorks, Gogolook founder Jackie Cheng, and Bernard Chan, former entrepreneur-in-residence at TMI Ventures.

EZTABLE operates the foremost online restaurant booking system in Taiwan. Founded in 2008, it is one of the oldest and most successful tech startups in the young Taiwan scene.

When Alex Chen returned to Taiwan from the United States, where he had studied applied mathematics and later worked in finance, he founded EZTABLE with his partners because “we just wanted to start a company.” He adds that “nobody was talking about startups in Taiwan at the time.”

Chen and his partners concluded that a market exists for online restaurant booking in Taiwan, based on the model of the U.S. company OpenTable, which earns its revenue by charging restaurants. The restaurants pay up front in order to get into the system.

But the EZTABLE team soon discovered that Taiwanese restaurateurs were unwilling to pay in advance for an unfamiliar service. “At that point, we shifted gears,” Chen says. “We told them we would give them six free months first, and that if they were satisfied with the results, then they could pay to continue using our service.”

That move, along with the chance to be in Jamie Lin’s AppWorks accelerator, has been responsible for EZTABLE’s explosive growth since 2010, Chen says. Revenue has grown 300% a year for the past three years, and the company is expanding into Hong Kong, Thailand, and Indonesia.

EZTABLE’s success has attracted the interest of both international and local venture capitalists. In 2012, Rose Park Advisors, an investment firm founded by Clayton M. Christensen, a Harvard Business School professor and his son Matthew Christensen, invested US$1.5 million. In January, EZ TABLE announced it had raised an additional US$5 million. The funding came from local VCs: CMC Capital and Hsun Chieh Capital, backed by the chip-making giants MediaTek and United Microelectronics Corp. (UMC), respectively.

EZTABLE is now moving away from its original web-based reservation system to focus on a booking app, which is available for iOS, Android, and Windows. “It’s about convenience for consumers,” Chen says. “In the future, almost everyone is going to be making restaurant bookings on their smartphones or tablets.”

Consumers also benefit from using EZTABLE because they accrue points for every reservation they make with the system. The points can later be exchanged for vouchers at participating restaurants.

Former Foxconn executive Jerry Chang heads the children’s wearables startup JoyRay Technology, which is set to launch its Jumpy smartwatch this spring. Chang is betting that his hardware acumen and an open-platform system, which can run Android or iOs, will make Jumpy stand out in the fast-growing and competitive wearables sector.

His Foxconn ties are paying dividends already, helping him to source components for Jumpy, as well as recruit talent. Foxconn will also manufacture the watches. But Chang is adamant that Joyray is no typical hardware startup. “We want to build a full ecosystem for which developers can design their own apps,” he says. “It’s important for user retention.”

Chang was inspired to found Joyray when he observed his young son intrigued with a Foxconn smartwatch prototype his father had brought home from work. “That watch was designed for adults, but it made me realize that smartwatches should exist for kids too,” he says. “There is vast potential in the children’s market for these devices.”

While Jumpy faces many competitors, Chang believes the device’s large screen, detachable watch head, and varied apps will help to distinguish it. He envisions the device as a providing a balance of education, exercise, and entertainment apps. “Bringing the family together is what we want to do with Jumpy,” he says.

Jumpy will retail for US$129-$149 and be sold in the United States, Europe, Taiwan, and Japan.

As part of the funding drive for Jumpy, which requires US$1-2 million, Chang joined the AppWorks accelerator. Since then, he has raised US$85,000 of his $100,000 crowdfunding target on the Kickstarter platform, and may seek to raise the remainder on the global fundraising site Indiegogo. Previously, Taiwanese venture capitalists had provided an undisclosed amount of early-stage funding for product development. 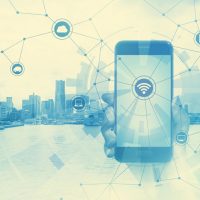 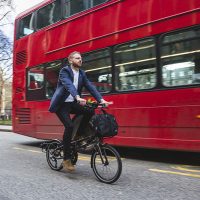 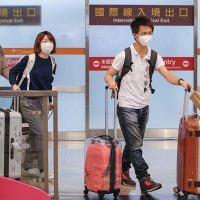 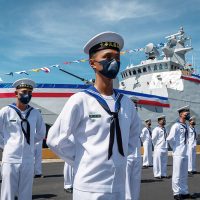