CULLING POULTRY — The Formosa Plastics Group provided manpower and disinfecting equipment, as at this goose farm in Chiayi, to help in the effort to respond to the avian flu outbreak.

An outbreak of bird flu that began afflicting poultry in Taiwan as early as last fall has escalated into a full-blown epidemic, with the cabinet-level Council of Agriculture (COA) noting that 142 farms raising a total of 770,000 birds had been affected. Nearly 90,000 birds had been culled as of January 16. The outbreak is concentrated in five regions – Changhua, Chiayi, Yunlin, Pingtung, and Tainan – and seems to have been spread to the island from neighboring countries by migratory birds. At least two different strains of avian flu have been identified: the common H5N8 strain responsible for outbreaks around the world in recent years, and a new H2N5 strain that seems to point to the virus’s ongoing evolution.

When the outbreak was first noticed late last year, the H2N5 strain was seen as only afflicting waterfofwl, particularly geese, but has now been identified in chickens as well. Along with mass culls, the COA has introduced a number of other measures to contain the outbreak and mitigate its effects on the food supply as the Chinese New Year approaches. The steps include tactics to prevent migratory birds from interacting with domestic poultry and requirements that farms show certification of being free of the virus before delivering poultry to slaughterhouses. The COA recommends cooking poultry meat and eggs well before eating. It advises that traces of bird flu virus can be wiped out by cooking at temperatures above 70 degrees Celsius. 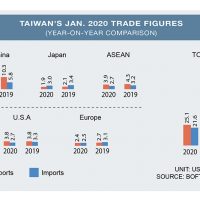 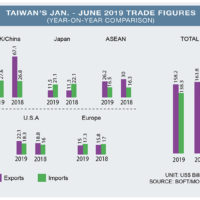