The Suhua Highway, now under construction, should reduce accidents, but will it spoil one of the more pristine parts of the island?

From time immemorial, people travelling overland to and from Taiwan’s east coast have done so at the risk of life and limb. But at long last the days of landslides and falling boulders burying vehicles and their passengers are now numbered. In late October, the highly anticipated Suao-Hualien (Suhua) Highway improvement project passed a major milestone with the completion of the Dongyue Tunnel, the first of eight new tunnels that will be built as part of the NT$49.3 billion (US$1.6 billion) project connecting Yilan County’s Suao with Hualien County’s Chongde Village.

Upon completion of the entire project, which is scheduled for the end of 2017, travel time for the whole stretch along the coastline will be reduced from the current 2.5 hours to about 80 minutes. All construction companies as well as consultancies involved in the project are Taiwanese, with a total of 1,500 workers deployed, according to the Directorate General of Highways (DGH).

“We must provide an all-climate road since Suhua is the only road connecting the east coast region to Taipei,” says Shiah Ming-shen, Deputy Director of DGH. “There simply is no alternative to the project because the old road is dangerously serpentine, with each and every downpour or earthquake easily triggering landslides with terrible consequences.”

Shiah notes that within the past decade, the road has had to be completely closed an average of 28 times a year due to natural hazards, with some closures lasting up to four days. DGH statistics also show that an average of 109 serious traffic accidents occur per year, many of them “owing to heavily-loaded gravel trucks slipping into oncoming traffic,” Shiah explains.

Besides involving entirely new tunnels and stretches of surface road, the Suhua project will also make use of relatively stable existing portions of the old Provincial Highway No. 9, commonly called “Tai 9,” such as the section between Dongao and Nanao, both townships in southern Yilan County near the border with Hualien County.

Of the 38.8 kilometers where “Tai 9” is so precarious that it needs to be replaced by the new Suhua Highway, the tunnel segments being built account for 60% of the total length. The construction work is tricky because of the geological structure of the area. Taiwan’s mountains were formed by the collision of the Eurasian and Philippine tectonic plates, and are comprised mostly of fragile sedimentary rock that easily crumbles and is highly susceptible to landslides caused by heavy rainfall or earthquakes. Due to wind patterns off the Pacific Ocean, the Suao-Nanao region also receives the most rainfall of anywhere in Taiwan, adding to the risk of landslides.

The project was long opposed by environmentalist groups concerned about its potential impact on the ecology of the relatively unspoiled east coast. As a result the scope of the project was scaled back, and the new road will still be designated as a provincial highway rather than a national freeway.

In addition, some exceptional measures have been implemented to reduce the environmental impact of the construction. “We don’t use explosives for tunnels near inhabited areas, and we bring the gravel we have drilled out of the mountains by train, instead of trucks, in order to reduce the impact,” says Shiah. “And the Suhua project’s heavy focus on tunnels helps protects natural conditions in the first place, as drilling affects much less space than surface road construction.” The gravel is carried to the town of Sinma in Yilan County, where most of it is sold for cement production, concrete reinforcement, and land stabilization.

In the end, however, what carried the day in enabling the project to go forward was not government assurances about the environmental precautions but rather a natural disaster that took a heavy toll in human lives. In October 2010, Typhoon Megi triggered lethal landslides on the road near Dongao. A total of 26 people were killed, most of them tourists from mainland China, plus their bus driver and tour guide. Their bodies have never been found.

The incident swung public opinion in support of efforts to improve the highway’s safety. “Once the road is completed, such a disaster will not be repeated,” Shiah affirms. “Although there will only be one lane in each direction, the road will be of an advanced standard and very wide, with much of the width assigned for emergency use.” He adds that the speed limit will be set at a relatively slow 60km/hour.

Some of the old scenic portions of “Tai 9” will be kept open after the new highway is inaugurated, but access will be restricted to “bicycles and small vehicles that travel for the purpose of leisure at a speed under 30km/hour,” says Shiah.

As the new Suhua Highway takes shape, researchers – particularly a team from National Donghwa University in Hualien – have been rigorously evaluating the project’s potential impact on the environment, economy, and lifestyle in the region. Tai Hsing-sheng, an economist at Donghwa’s College of Environmental Studies, holds that the major change actually has already been occurring since 2008, when the newly elected Ma Ying-jeou government swiftly lifted a ban on inbound tourism from China.

“The number of hotels and B&Bs in the region has increased drastically since then, and so has the number of trains to and from Taipei, most importantly the fast Puyuma Express and Taroko Express,” Tai says. “Those trains will also connect to Taitung in 2022, when the electrification project that recently began will have been completed.”

He also notes that land prices in several townships near Hualien City as well as in Taitung County’s Dulan, which in recent years has developed into a popular surfer and artist community, “have doubled or even tripled in the last 10 years.” This growth was because of tourism in general, and expectations in particular that the new road will facilitate future development, with “the investors typically hailing from Taipei and mainland China,” he says.

The Hualien County government counted 8.77 million visitors to the county in the January to October period, representing a 17.8% increase over the same period of 2013. County officials attribute this strong growth rate mainly to a rise in the number of mainland tourists, who made up more than half of the total.

The DGH’s Shiah predicts that tourist numbers will be only marginally affected by the Suhua Highway’s completion, “because the existing Hsuehshan Tunnel [located on the Taipei-Yilan Freeway and often badly congested] will serve as a filter for cars coming from Taipei.” In other words, the route is already pretty much filled to capacity.

Lue Chi-chuan, chairman of Donghwa University’s Department of Tourism, Recreation and Leisure Studies, disagrees. He predicts that the number of domestic visitors to Hualien from northern and western Taiwan will “surely be boosted when Taipei residents can in theory make daytrips to Hualien.”

He foresees, however, that the number of Chinese tourists will be unaffected. “The visitor flow from China is basically a reflection of political strategy by the Chinese government, meaning they will come whether or not there’s a new road,” Lue says. “The only thing the road will change for them is that they won’t hop on the train to get from Hualien to Suao anymore. Instead, they will also do that whole leg by bus.”

The Chinese tour groups usually come to Hualien by bus from Pingtung in the south, taking the train in order to avoid the most dangerous stretch of road where their compatriots lost their lives during Typhoon Megi in an incident that was heavily covered by the mainland media. While the tour groups are on the train, their buses travel empty from Hualien to Suao, picking up the passengers at the train station there for the final leg to Taipei.

Alternatively, a newly inaugurated high-speed ferry, the Nachan Rera, provides another means of circumventing the Suao-Dongao stretch of roadway. In the first half of the year, the ferry carried some 82,000 passengers between Suao and Hualien.

Beyond tourism, the new road’s impact on the east coast’s economy is expected to be marginal. “The non-tourism sectors hardly saw any change over the last 10 years, with the standstill attributable to the government policy of not approving any significant industrial development for the good of tourism and organic agriculture,” says Tai. “Hence, the only major non-tourism industry in the Hualien region is, and will continue to be, the production of cement, sold to the northwestern part Taiwan and even to the Chinese mainland.”

On the other hand, the agricultural sector may benefit from the better road conditions, as “they would lower transportation costs for farm produce from the region to Taipei by up to 50%,” says Tai.

More broadly, Tai and Lue are decidedly pessimistic about the eventual overall impact of the Suhua Highway on the region. They expect that many more domestic tourists will arrive in their own vehicles, causing traffic jams, noise, and air pollution.

“You will also see more man-made structures such as hotels and parking lots popping up everywhere,” Lue says. “Traditionally, the main draw to the area was easy accessibility to unspoiled nature, but all signs are that future visitors, including our traditional target groups from Japan, Korea, and the West, will be very disappointed.”

Tai laments that although the government may be able to build a good road, “neither the central nor local governments have come up with sophisticated plans for the east coast region’s future development” in an environmentally friendly way. 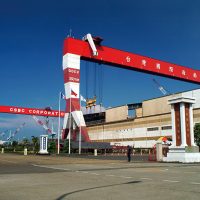 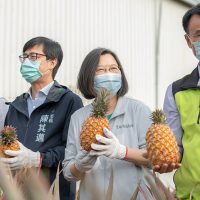 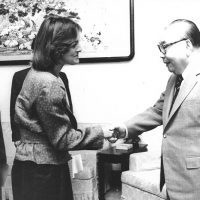 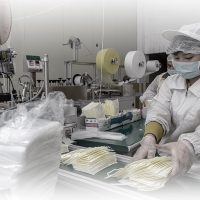 The Gini in Taiwan’s Bottle