Moving up to the next level remains a challenge.

The annual Doing Business survey sponsored by the World Bank always provides a useful yardstick for how Taiwan’s business environment stacks up against those of other countries. This year, with Taiwan – or Taiwan, China as the World Bank insists on calling it – ranked in 19th place out of the 189 economies covered, the news was not quite as encouraging as previously.

Last year, when Taiwan was ranked 16th – the same place as the year before – it appeared that after a strenuous climb up from number 61 in 2009, Taiwan had reached a plateau from which it was proving difficult to ascend any higher. Rather than holding steady at that level, however, Taiwan slipped backward slightly in the recently released Doing Business 2015 ranking as other countries progressed more rapidly.

One of the attractive features of Doing Business is that it bases its results on more concrete, measureable elements than do most of the other international competitive surveys, which tend to be somewhat abstract in the concepts they employ. For Doing Business, the assessment includes such highly specific factors as the number of days needed to obtain a construction permit or the cost incurred in enforcing a contract. Overall, the survey covers 10 broad categories: Starting a Business, Dealing with Construction Permits, Getting Electricity, Registering Property, Getting Credit, Protecting Minority Investors, Paying Taxes, Trading Across Borders, Enforcing Contracts, and Resolving Insolvency.

A sometimes frustrating feature, however, is that revisions in the survey methodology from year to year often make it hard to compare current and past results. As an example, although last year the announced results of Doing Business 2014 had Taiwan ranked in 16th place, this year’s revised tally has changed the 2014 ranking to 18. In other words, the slippage this time should be regarded as the loss of just one place in the ranking instead of three. In any case, the three countries that have passed Taiwan on the ladder are Germany, Canada, and Estonia.

In what should be welcome news for the often beleaguered state-owned Taiwan Power Co., the category in which Taiwan performed the best was “Getting Electricity,” where it moved up to second place worldwide (behind only Korea), from ninth last year. The category measures the steps and expenses necessary to get a warehouse connected to the power grid – including the total number of procedures and the amount of time elapsed.

The category in which Taiwan ranked the worst – number 93 – was in “Enforcing Contracts.” This section looks at the procedural steps, and the time and cost of completing them, for resolving a standard commercial dispute in Taipei District Court for a claim valued at about NT$1.2 million. The study found that in Taiwan, there are 45 procedures to go through and that it usually takes 510 days to finish the process, including filing and serving the papers, trial and judgment, and enforcement of the judgment. In contrast, the comparable numbers for Singapore are 21 procedures and 150 days, and for Hong Kong 26 procedures and 360 days. In describing the importance of this category, the report notes that “without reasonably expeditious dispute resolution, the meaning of freedom of contract can be seriously eroded.”

The second-least-favorable score (no. 52) was for “Getting Credit,” which assesses the sharing of credit information and the legal rights of borrowers and lenders with respect to secured transactions. While still only in the middle of the field in this category, Taiwan moved up three slots this year by virtue of a reform measure – the inclusion of data from utility companies in credit reports.

Overall, Singapore retained its perennial first place in the global rankings. New Zealand pushed Hong Kong out of second place and into third. Denmark was fourth, and Korea repeated its 2014 ranking as fifth. The rest of the top 10 consisted of Norway, the United States, United Kingdom, Finland, and Australia. 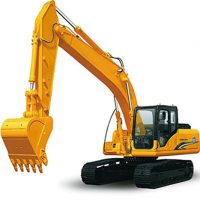 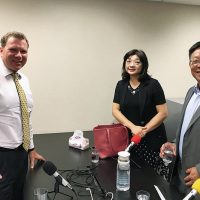 Is Taiwan Ready for a Sovereign Wealth Fund? 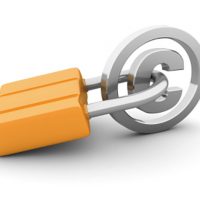