Besides diesel trucks with lower pollution, locally produced electric buses are making an appearance on the market.

In recent years the major international makers of commercial vehicles, led by Japanese brands, have been scrambling to introduce environmentally friendly models in the Taiwan market. They are seeking to tap the substantial demand arising from Taiwan’s increasingly rigorous environmental requirements, notably implementation of the fifth-stage regulations on the emission of CO2 and other pollutants that went into effect on Jan. 1, 2012 for new diesel-powered vehicles.

The dominant player in the local light truck market, the Yulon Group’s China Motor Co. (CMC), producer of Mitsubishi-brand passenger and commercial vehicles, has been at the forefront of the move. In September last year, CMC rolled out a modified “Veryca,” a small vehicle with engine displacement of 1.2-1.3 liters, at a price of NT$443,000 (about US$14,700) as its entry-level model. The price tag is NT$16,000 higher than the original level, but is still the lowest among similar models on the market. CMC is targeting annual sales of 10,000 cars, consolidating its 90% market share in that segment.

The following month, the company launched a medium-sized 3.49-ton commercial vehicle bearing its own “Leadca” brand and priced at NT$896,000 (US$29,800), to help it retain customers in the category now that the price of comparable Mitsubishi commercial vehicles meeting the environmental requirements has exceeded NT$1 million.

“Leadca” was designed and developed by CMC, but incorporates a diesel engine from Cummins of the United States, a leader in the field, and gearbox from ZF of Germany. The market reception has been favorable, and the model now accounts for 15% of the company’s sales of 3.49-ton trucks.

CMC also offers the similarly sized Canter model of the Mitsubishi Fuso, priced at NT$1.1-1.2 million. The model is especially popular among logistics and freight companies, and its 7,000 units in annual sales make up the bulk of the 9,000 vehicles sold each year in that segment.

Other Mitsubishi models filling out the CMC commercial-vehicle lineup include 6.9-8 ton medium-capacity trucks and New Fuso models in the 11-ton, 15.6-ton, and 17-ton categories. Overall, CMC occupies about a 70% share of a local commercial-vehicle market that last year reached sales of some 17,000 units.

Liu Hsing-tai, president of CMC, says competition in the commercial-vehicle market is likely to thin out, as some foreign auto companies – given the limited size of the market – may not be willing to make the heavy investment necessary to offer models conforming to Taiwan’s new environmental requirements.

The major players, however, are remaining in the game with new models that fit the environmental trend. This September, Hotai Motor, the Toyota distributor in Taiwan and the second-largest supplier of trucks in the market, rolled out 6.5- and 8.5-ton models of gasoline-electric hybrid vehicles from Hino, Toyota’s truck-building affiliate.

Although the new models are priced some NT$280,000 higher than conventional Hino vehicles with similar capacities, Hotai president Su Tsun-hsing says he is confident of a positive market reception, noting that savings in fuel consumption should enable users to recoup the extra cost in three years. Equipped with nickel-hydrogen batteries with a life span of up to 10 years, the two models are expected to see use mainly for logistics, recycling and garbage collection, and utility vehicles. Hotai aims at selling about 100 such hybrid vehicles a year.

Backed by their cutting-edge technology in fuel efficiency, the leading European commercial-vehicle brands have also been deepening their engagement in the local market, especially in the heavy-duty sector. Golden Stout Industry, the agent for Mercedes-Benz commercial vehicles, for instance, in June last year opened an NT$80 million plant in Taoyuan for assembly of Mercedes-Benz Actros trucks. The monthly capacity is 60 units. This May it also launched the Actros 1836 LS, featuring a shorter axis of 3300 mm that makes the truck more maneuverable, better suited to the limited land space in Taiwan. To promote its passenger cars and commercial vehicles, Mercedes-Benz Taiwan this year opened five large-scale showrooms, in Guandu of New Taipei City, Taichung, Tainan, Taoyuan, and Taipei.

After having carved out a solid local presence, Volkswagen plans to set up a Taiwan branch in 2015 to market its sedans and such commercial vehicles as the Caddy, Crafter, and Kombi. Taikoo Motors, VW’s existing Taiwan agent, will continue to sell Volkswagen cars, though on a non-exclusive basis.

Formosa Plastics Transport Corp., part of the Formosa Plastics Group (FPG), also introduced a hybrid truck from DAF, a major Dutch commercial-vehicle producer, to Taiwan in late 2013. It is the latest addition to a lineup of DAF trucks, with capacities ranging from 12 to 45 metric tons, which the company has been assembling and selling here as the local agent. Chairman Chen Sheng-kuang predicts that annual sales of DAF trucks by the company will top 2,000 by 2016, boosting the sales value to NT$3 billion. Half of the output is for export to Southeast Asia.

Meanwhile, Taiyu Motor, also under FPG, has been promoting sales of 3.49- and 7-ton Daily trucks from INVECO of Italy in its role as the local agent. Like most other European models, these are conventional trucks, with engines placed in front of the driver, similar to an automobile, for lower wind resistance, better driver safety, and a more spacious cabin compared to the snub-nosed, cab-over-engine design of most Japanese trucks.

MAN, a leading heavy-duty truck manufacturer in Germany, is marketing Sitrak heavy-duty trucks, jointly developed by the company and its Chinese partner, China National Heavy Duty Truck Group. Tsai Si-min, executive director of Dayi Co. Ltd., the local agent, predicts that by 2018 Sitrak models will take 30% of the heavy-duty truck sector, which has annual demand for about 3,000 trucks.

Korean brands are also striving to retain their presence in the Taiwanese market with new models meeting the environmental requirements. Sanyang Industry, as the agent for Hyundai, is offering two models, the Porter and Grand STAREX, priced at NT$659,000 and NT$899,000 respectively. In addition, Kia has sold about a thousand 3.5-ton Kaon trucks since the local debut in July 2012.

Competition is also heating up in the bus market, where there is substantial demand for replacement vehicles as well as new buses both for public transport and tour coaches. For the convenience of the handicapped, elderly and infirm, many municipal governments are substituting low-floor buses for conventional ones. Taipei already has 2,400 low-floor buses in operation, accounting for 60% of the city’s total of 4,000 buses. Meanwhile, tour-bus firms have plans to expand or upgrade their fleets to assure ample and safe transportation for the influx of Chinese visitors following some major accidents involving such travelers in recent years. Currently some 15,000 tour buses are in operation.

Shunyi Motor, an affiliate of CMC Motor, for instance, has invested tens of millions of NT dollars to set up a production line to build bus bodies to match imported Mitsubishi chassis for assembly into complete vehicles. The assembly operation is carried out with the assistance of Mitsubishi technicians.

In another local development, Global Motors in 2005 came out with its own bus chassis after years of R&D. The chassis are combined with imported parts, including gearboxes and steering-wheel systems from ZF of Germany, engines from Cummins of the United States, and braking and suspension systems from WABCO of Germany. Mass production began in 2009, and the local market reception has been excellent. As a result of the initiative, Global Motors this year won the “Golden Torch” award granted by the Outstanding Enterprise Management Association.

Other domestic firms are setting their sights on the emerging electric-bus market, hoping to take advantage of government incentives. The “Development Strategy and Action Plan for Smart Electric Cars” adopted by the Executive Yuan in May this year calls for installation of 10,000 electric buses in the 10-year period of 2014-2023, including substituting 8,000 electric buses for diesel models in urban areas. Many of the vehicles will be used as shuttle buses by government agencies and private enterprises.

In addition to exemption of excise and license taxes, the government will provide hefty subsidies for purchase of electric buses, as well as for the installation of battery charging and replacement stations. The program calls for a total budget of NT$20 billion.

Hsieh Yien-ru, chief secretary of the Environmental Protection Administration and formerly director of its Department of Air Quality Protection and Noise Control, describes the replacement of diesel buses as an urgent need, as the World Health Organization (WHO) has listed diesel-oil waste as a first-category carcinogen. During the presumed 10-year lifespan of the 6,200 electric buses in major cities, it is estimated that they will bring about the reduction of 6,054 tons in CO2 emissions, 1,530 tons of carbon hydrogen compounds, 24,936 tons of nitrogen oxygen, and 646 tons of particulates.

A local producer of electric buses, RAC Electric Vehicles rolled out a 26-seat model of its own development in 2008 and received Ministry of Transportation and Communications (MOTC) certification in 2010. The buses run on an advanced lithium-ion battery that features high power storage and is relatively lightweight. Bus companies can charge the battery at night, giving enough capacity for driving throughout the following day. With the help of government subsidies for purchasers, sales have increased to 50 units this year, including 15 big buses and 35 medium-sized vehicles. Several of the units are being used as shuttles among the various factories belonging to the Taiwan Semiconductor Manufacturing Co. (TSMC) in the Hsinchu Science-based Industrial Park.

The government subsidy covers 40-49% of the NT$9 million price tag for a large electric bus, bringing the cost down to about the same level as that of a diesel model.

Alex Tsai, the president of RAC, says he is upbeat about the company’s prospects, noting that the local market demand will exceed 10,000 buses in the next 10 years, according to the government’s forecast. “In addition, we are in talks with local partners for entry into the U.S. and Southeast Asia,” reports Tsai. The company also offers electric trucks, for which it is eyeing markets in China and Southeast Asia.

Another supplier, Aleees, has secured a beachhead on the local electric-bus market with sales so far of 44 electric buses, including seven that when into service in late November in Taroko National Park. This year Aleees also received two orders from China – for 700 buses from Nanchang city of Jiangxi Province and 200 from Yuyao city of Zhejiang Province. The company’s electric buses are equipped with lithium ferrous phosphate batteries and Siemens motors.

After gaining safety certification from MOTC, a third manufacturer, Pihsiang Machinery Co., has contracted with the Yilan county government to deliver 35 medium-sized electric buses, priced at NT$8-9 million each. It also has customers in Europe. The buses use lithium iron phosphate (LFP) batteries of the company’s own manufacture.

The combination of electric buses and diesel trucks meeting stricter government specifications should help Taiwan make further gains in improving air quality for the benefit of all residents. 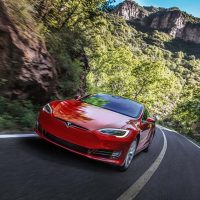 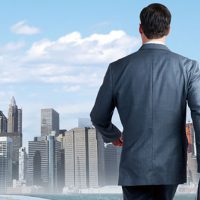 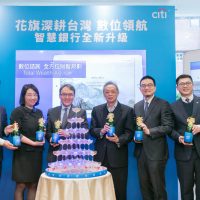 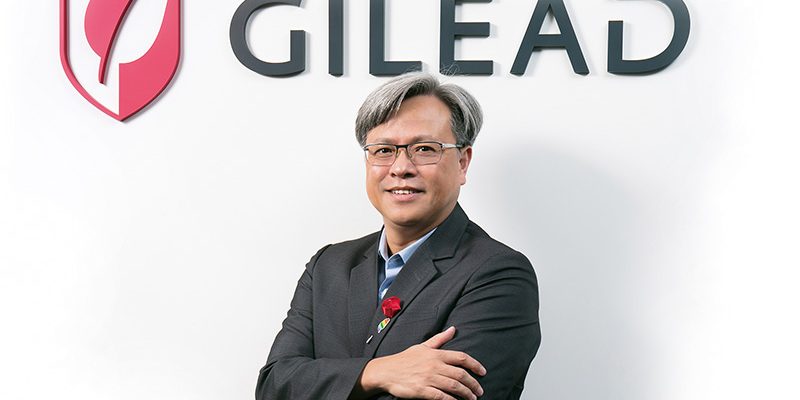